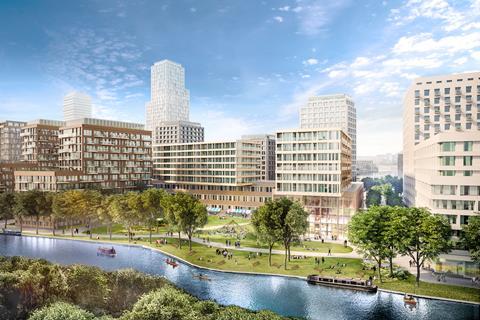 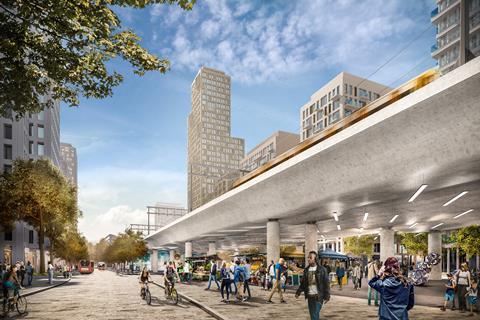 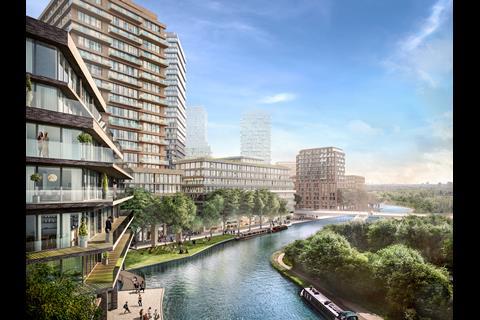 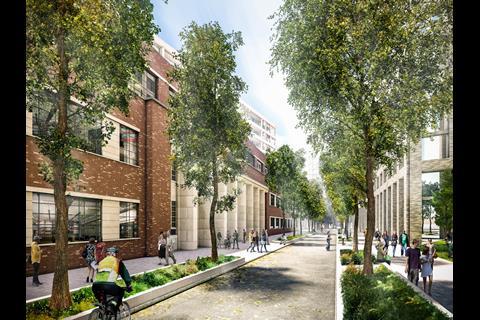 A public consultation has begun on plans to build a canalside new town proposed for the huge Cargiant lot at Old Oak Common.

The used car specialist has linked up with London & Regional Properties to redevelop the west London site and build up to 6,500 homes there.

The latest consultation, which runs until 23 July, is the fourth of its kind. Earlier proposals envisaged 9,000 homes which later went down to 7,500 but this latest plan pares the number back further so existing buildings can be retained and more public realm can be introduced.

A number of towers are planned including a 45-storey apartment block and a series of smaller buildings between 20 and 30 storeys.

The £5bn proposal for the 18.5ha site includes retaining a 1940s building originally used by Rolls Royce as a hub for start-ups and small businesses.

The scheme needs to secure consent from the Old Oak and Park Royal Development Corporation (OPDC) although London mayor Sadiq khan recently announced a review of its role because of concerns over the amount of affordable housing.

West London side QPR had hoped to build a new football ground at the site but Cargiant has turned down an approach to build the new venue on its land.

A new London Overground Station on the site, between Willesden Junction and Shepherd’s Bush, is proposed by TfL. Weston Williamson is working on plans for this station and the planned HS2 Old Oak Common station. The firm has also worked on parts of the OPDC masterplan.