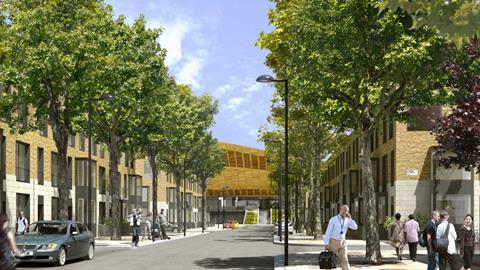 Developers of the first of the 6,800 homes to be built on the site of the London Olympic Games after 2012 are set to get “build now, pay later” access to the land.

Duncan Innes, executive director of real estate at the Olympic Park Legacy Company (OPLC), said it was his intention to allow developers of the 960-home first phase of redevelopment to get access to the land without having to pay the OPLC for it up front.

Innes’ comments come as the OPLC this week submitted an outline planning application for 6,800 homes across four distinct neighbourhoods on the Olympic site to the Olympic Delivery Authority, called the “legacy communities plan”.

The “build now, pay later” idea has been promoted by housing minister Grant Shapps since March this year as a way to kick-start development on public sector land, by allowing developers to build without having to tie up large amounts of cash in the purchase of land before sales can be made.

Innes said his priority was to ensure the quality of the first phase, called Chobham Manor, in an area to the north of the current athletes village. He said: “My ambition is for the developer not to have to worry about taking out a large loan in advance to buy land, to be paying interest on that in a way that forces them to under deliver on quality.

“It can take a development 8-10 years to recover from a bad first phase, and that is what I’m determined to avoid.”

Innes’ plan still has to receive sign off from the OPLC board, in advance of a formal tender going out to developers within the next month. Innes said all homes will have to be built to the Lifetime Homes standard, and will have to submit to detailed design codes.

He added there will also be competitions to come up with interim uses for the development plots, which will take up to 20-25 years to develop out in total.

The legacy plan has outlined plans for 130,000m2 of commercial space to provide about 4,400 jobs and will include 29 playgrounds, plazas, canal paths and cycle paths. The OPLC also called for formal expressions of interest in a use for the 700,000ft2 broadcast and media centre post-Games.