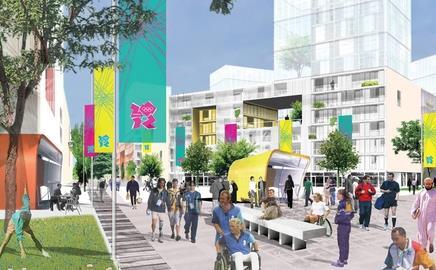 The number of apartments in the Olympic Village has been cut by a quarter, according to Olympic Delivery Authority chief executive David Higgins, writes Dan Stewart.

Giving evidence to the Public Accounts Committee on Monday, Higgins said “the impact of the credit squeeze” meant that 900 fewer apartments would now be built at the £1bn village.

Higgins said: “Over the past 18 months we have looked closely at the village and what we need to build, not only for the Olympics but looking further, and we have been able to reduce the number of apartments from 4,200 to about 3,300.”

Higgins went on to say that the original plans to build a village with “spare capacity” had had to be scrapped, and implied that not enough preparation had been done to incorporate the effects of a market downturn.

It is also understood that architects commissioned to design buildings for the village have been asked to base their designs around a standard interior core that can be built at a low cost.

One source said: “We’re basically designing glorified cladding. They’re going to pre-fabricate all they can.”

The news comes as the ODA continues to struggle to reach a funding arrangement with development partner Lend Lease on the Olympic Village.

Lend Lease made a statement to the Australian Stock Exchange last month saying that it was having trouble raising equity for the development.

Under the original plans, Lend Lease would put up £450m of the village’s funding, with £550m coming from the public sector. Now, there are fears that the ODA will have to fund the entire development with public money.

Piling work funded by the ODA has already begun, with Bovis Lend Lease due to start construction in the Autumn.