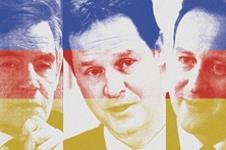 Construction experts in Building’s online election debate have identified major projects, such as Heathrow and Building Schools for the Future, that could be subject to severe cuts if a Conservative government is formed.

Last week's live debate (read transcript below), in which readers posted more than 20 questions ranging from the national debt to nationalising housebuilding, also identified the next generation of nuclear power stations as vulnerable if the Liberal Democrats held sway in a coalition.

The panel, made up of construction economists and lawyers, also expressed concern that anything other than a Conservative working majority could delay clarification of policies and commitments to construction spending.

One of the panel members, Michael Ankers, chief executive of the Construction Products Association, said: "We urgently need a stable government for a period of time and not one that is looking over its shoulder at the next vote in the House or preparing for a short term election.”

In particular it was felt that PFI contracts would go on hold if the electorate returns a hung parliament.

The end of purdah on signing new public sector contracts depends on the incoming government approving those projects.

David Mosey, partner at law firm Trowers and Hamlins, said: “The end of purdah on signing new public sector contracts depends on the incoming government approving those projects. A hung parliament will be likely to cause more delay while a common view is thrashed out on what is to be cut and what goes ahead.”

Talking in detail about probably cuts under the Tories, Graham Kean head of public at EC Harris said: "The Tories have committed to an immediate spending review and delivery of £6bn in spending cuts in 2010, so expect big cuts to be announced sooner rather than later.

When asked about the impact of uncertainty on housebuilding, Stephen Matthew, partner in the projects team at law firm Nabarro, said: "One thing that will help is a better framework for re-generation projects to go ahead, for example by deferring land value payments to the public sector."

See box below to scroll through the full transcript of the debate.