Only one in ten Olympics employees are female 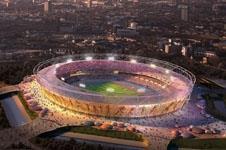 Just 11.9% of construction, design, consultancy and admin workers are women

Only one in ten employees of the Olympic Delivery Authority and its contractors is a woman, according to Olympics Minister Tessa Jowell.

In response to a question from shadow minister for women Theresa May, Jowell said that just 11.9% of employees involved in construction, management, administration, professional, consultant and design projects on the 2012 Oympics are female.

Jowell added that the ODA was working with the London Development Authority to establish a “Women into Construction” project supporting female workers on the construction programme for the 2012 Games.

Two employment and skills managers have recently been recruited to the ODA specifically to help promote equal gender opportunities for construction of the Olympics.

Jowell added that 37.5% of the Government Olympic Executive is female.