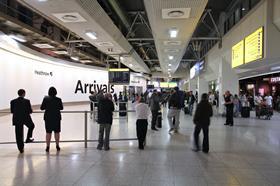 Laing O’Rourke is the biggest name to miss out on the chance to become one of the four offsite logistic hubs that will be used to help build the third runway at Heathrow airport.

The firm’s Explore Industrial Park site in the east Midlands – where its offsite Design for Manufacture and Assembly is based – had been one of 65 sites longlisted for the work to help build the west London airport’s new runway.

But it was one of close to 50 sites ditched by Heathrow bosses which yesterday drew up a shortlist of 18 sites which will pitch this autumn for their chance to become one of the four construction centres.

Others to miss out was a submission by Peel Ports for the Port of Liverpool and six sites in Sheffield.

But there was better luck for sites owned by steelwork contractor Severfield as well as ones run by Balfour Beatty and Tarmac.

Heathrow expansion director Phil Wilbraham told Building earlier this year the hubs will be used to keep the number of site workers required at Heathrow down to around 10,000 people.

The four winners will be announced early next year.

Main construction work on the third runway is scheduled to start in 2022 with the new runway due to open at the end of 2026 with the entire scheme due to be completed in 2033.