Osborne + Co get the go-ahead for £140m Glasgow office scheme

The developer joined by Shard-builder Flan McNamara has been given planning permission for a £140m commercial scheme in Glasgow.

Osborne + Co was given the go-ahead by the city council a week after councillors voted to delay making a decision on the scheme, which is the largest office project to be developed in the Scottish city in a decade.

The Argyle Street site has been derelict for more than 20 years. 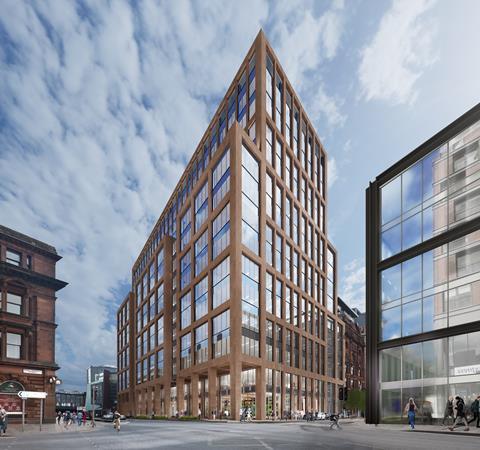 Designed by Glasgow-based architects Cooper Cromar, the overall scheme will provide 270,000ft2 of Grade A office space across 14 floors.

When finished the scheme will provide open-plan office floor plates up to 23,000ft2.and will have an end value of around £140m.

The decision by Glasgow council is the latest in a string of planning wins for the developer.

In July a £150m tech hub the firm is developing on behalf of Santander in Milton Keynes was given the green light, while the master plan and first phase of a £400m regeneration scheme in Belfast were approved earlier this year.