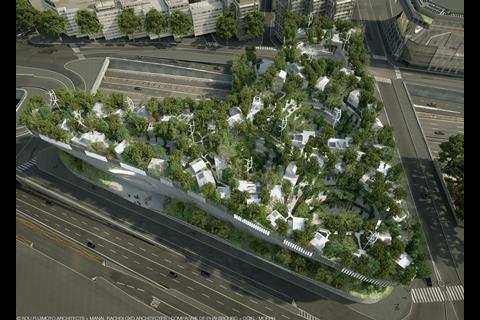 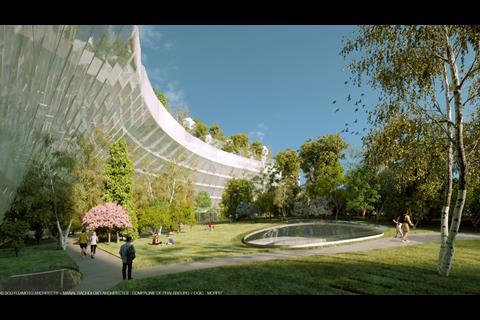 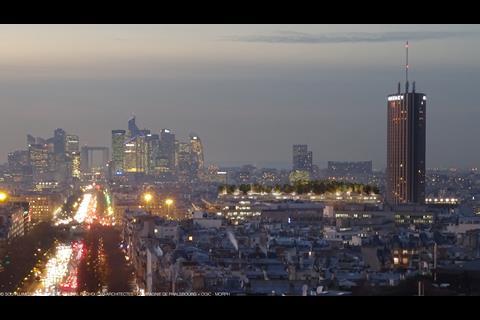 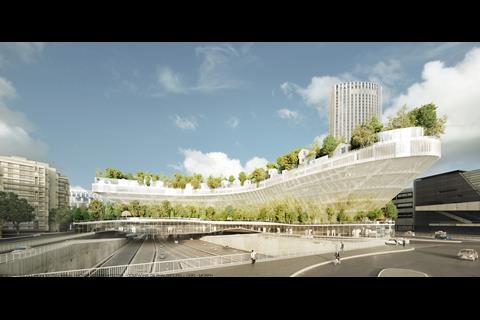 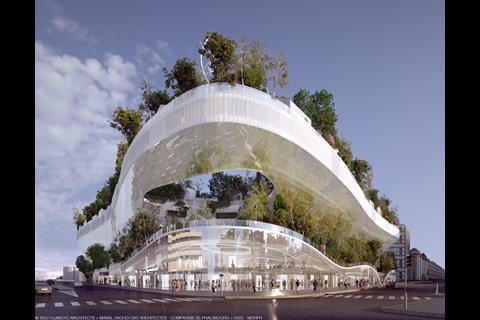 Mille Arbes project for Paris set to get go-ahead

A floating forest proposal for central Paris conceived by an Arcadis-led design team has been selected by city authorities as part of a regeneration programme covering 23 sites across the city.

The Milles Arbres project in the city’s Pershing district has been proposed by a team including architects Manal Rachdi OXO and Sou Fujimoto, based out of Paris and Tokyo respectively.

It has been selected as part of the city’s ‘Reinventing Paris/Réinventer Paris campaign’. More than 600 projects have been submitted since its launch, with shortlisted projects, including Milles Arbes, developed further at the request of the jury and presented last week.

The scheme is a multi-purpose structure that will house over 1,000 trees, offices, shops, hotels, homes and cultural facilities, as well as expand the ring road around the city by creating a new urban connection.

Luc Hellemans, managing director of Arcadis Europe South said they were ”pleased and honoured” that the project had been selected and the team looked forward to starting the project that will “form a new distinctive landmark in the Paris landscape.”