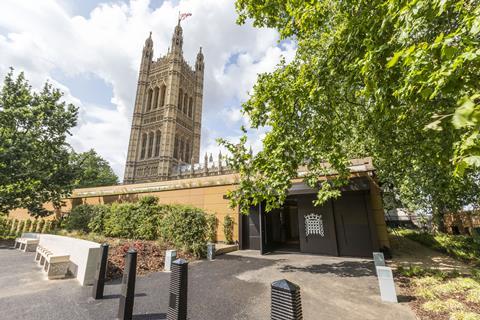 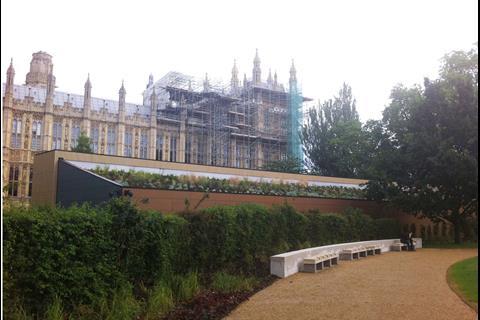 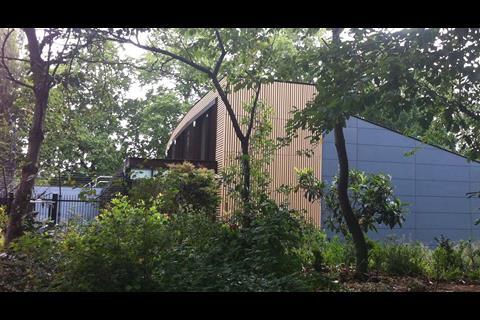 Feilden and Mawson's Parliamentary Education Centre this morning. Barbed wire between it and the Palace of Westminster is just visible 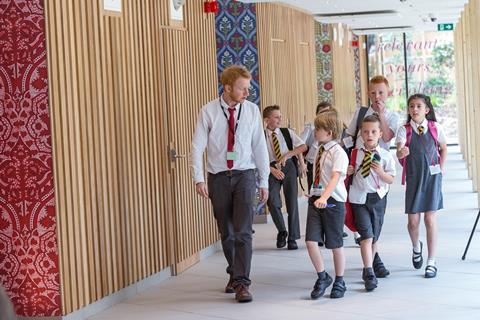 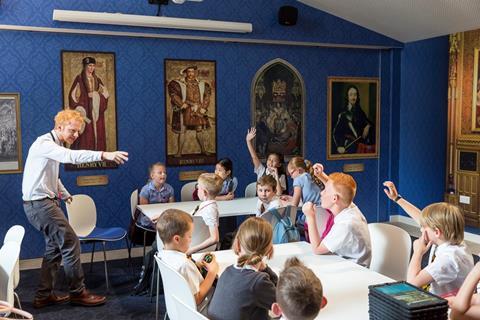 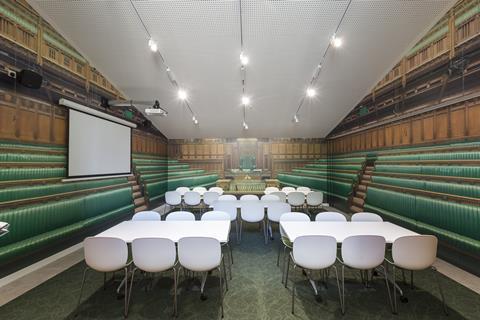 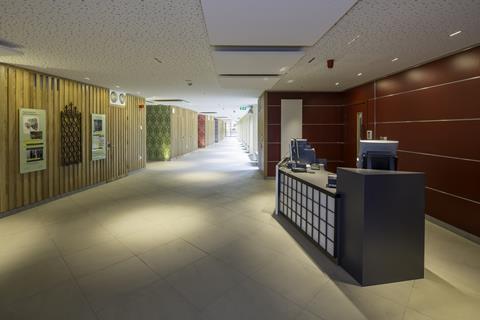 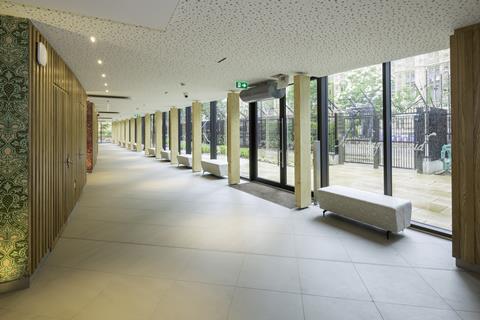 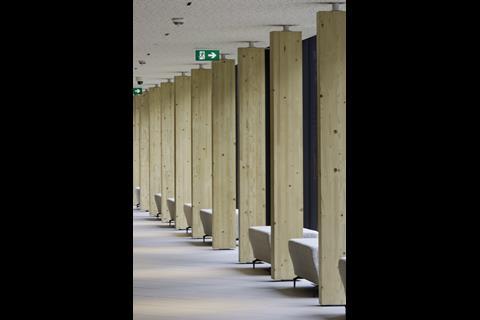 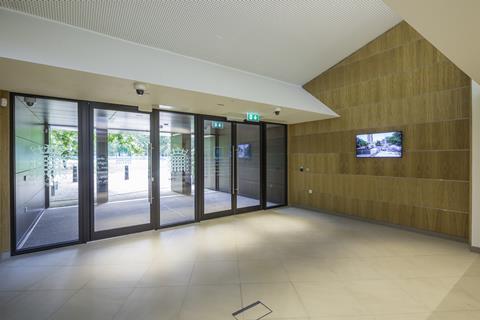 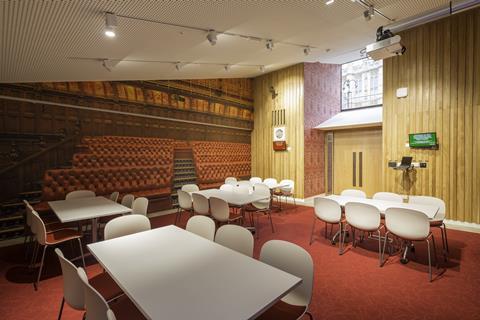 Feilden & Mawson’s £7.5m Parliamentary Education Centre was due to be opened today by scientist Brian Cox.

The single-storey building stands in Victoria Tower Gardens backing on to the Palace of Westminster, with landscaping by Kim Wilkie.

It will allow 100,000 children a year to visit Parliament, more than double the number that can currently be accommodated.

The low-profile building contains five separate spaces where children can learn about the history of British democracy, citizenship and politics. They are themed Commons, Lords, Monarchy, My Parliament, and Discovery.

Virtual reality technology animates historical figures such as Winston Churchill, Queen Victoria and Charles I and allows children to interact with them. Projectors create immersive experiences such as being in the Commons chamber.

The design has high-level windows giving each room a view up to Charles Barry’s Palace of Westminster in an effort to link the new with the old.

The concept of building a dedicated education centre was first recommended in 2004, and then again by the House of Commons Administration Committee in 2007, but it was another six years before Feilden & Mawson was appointed. Planning permission was granted in March last year.

Alan Robson, lead architect at Feilden & Mawson, said the practice was pleased to have designed a “seminal project” for Parliament that would enhance the experience of young visitors.

“The building is a subtle addition to Victoria Tower Gardens and has been designed to respond directly to the adjacent palace, a Unesco World Heritage site, enhancing the important links between old and new,” he said.

It has achieved Breeam Excellent.

Commons Speaker John Bercow, who was due to attend the opening, said: “Parliament has a responsibility to engage the public, and in particular young people, with its work. In an age of cynicism about and disengagement from politics, this responsibility becomes all the more important.