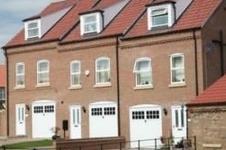 Persimmon has confirmed it has made 2,000 staff redundant since the start of the year.

In a gloomy trading statement the housebuilder said it make the cutbacks following a difficult first half in which completions fell 31% to 5,501 and sales revenue plunged 34% to £1bn.

In a market Persimmon described as the most challenging in its recent history second half forward sales fell 30% to £650m for the six momths to 30 June 2008.

A 20% slump in visitor numbers resulted in a 45% fall in private sales reservations over the same period. Legal completions for the first six months of this year were 39% lower.

Despite the poor figures Persimmon said it didn’t expect to announce any significant write down of land values.

Persimmon said the redundancies would generate a cash saving of £45m per annum and reduce overheads by over £20m.

Persimmon blamed a fall in consumer confidence and reduced availability of mortgage funds for the downturn.