Expanding Kent contractor Claritas has brought in a developments director at Places for People to head up its offsite operation. 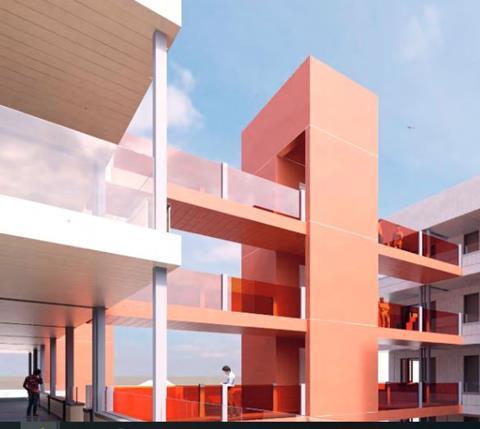 Spicely, who joins on Monday, is Places for People’s director for developments and delivery optimisation having started at the property and regeneration firm nearly two years ago.

He has also held a senior project manager role at Mace and a programme director post at Lendlease.

Magna is a wholly owned subsidiary of Claritas and works as a principal contractor on MMC jobs with joint venture partner Premier Modular.

The pair are currently working on a £7.5m housing scheme (pictured) in High Wycombe, Buckinghamshire, for Wycombe district council and at St Peter’s Hospital in Chertsey, Surrey.

Claritas, which last year changed its name eight years after being set up as AMCM, is expecting income in its current financial year, which ends this March, to be around £38m but wants this to be £75m in 2021/22.

The company is looking at a £250m turnover and annual pre-tax profits of £7.5m by 2025/26 and as is also eyeing expansion out of its London and South-east heartland.