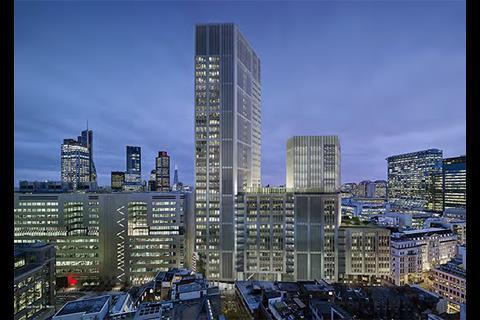 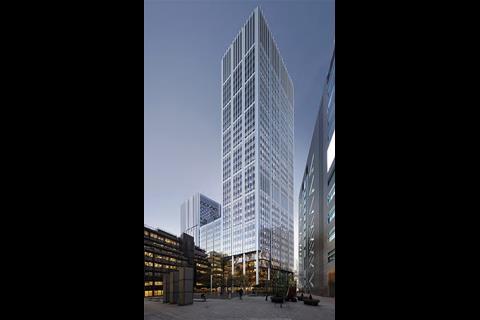 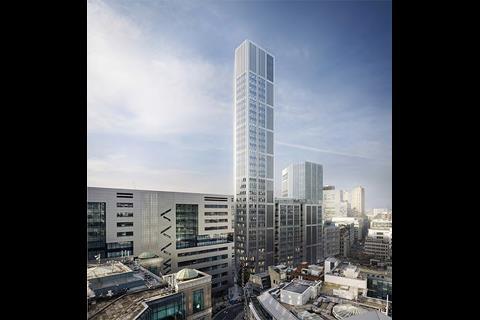 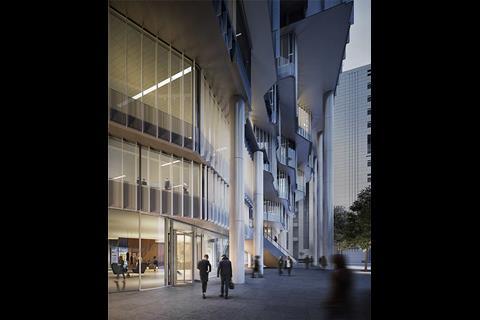 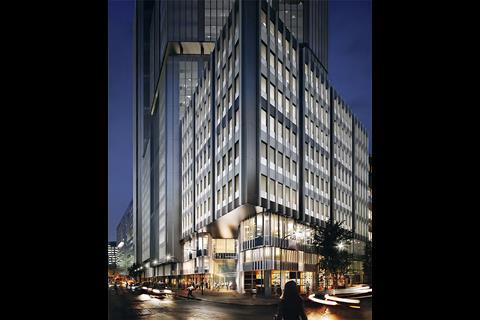 British Land has been given the green light by the City of London for its 32-storey tower at 2-3 Finsbury Avenue.

The new skyscraper comprises a set of four tapered buildings rising up to 32-storeys in height and providing 62,000 sq m of office space to accommodate around 5,000 workers, 4,000 sq m of retail space and nearly 1,300 sq m of restaurant on the tower’s 13th level, which will also include a public roof terrace.

British Land is developing the tower in partnership with Singaporean investor GIC under the guise Bluebutton Properties UK Ltd.

Chris Hayward, chairman of the City of London Corporation’s planning and transportation committee, said: “Over the next thirty years we foresee that we will need to deliver office space for more than 50,000 extra workers within the Square Mile, and this development is important in reaching that end goal.”

The news follows Arup’s deicsion last month to make 90 staff in its London buildings business redundant following a slowdown in the commercial sector caused by the Brexit vote.