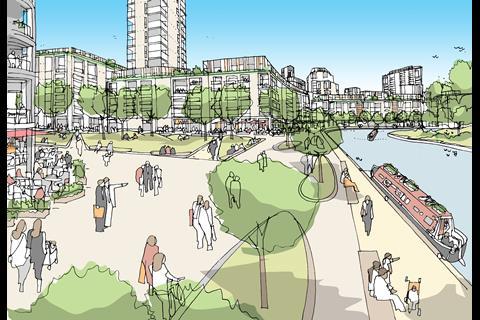 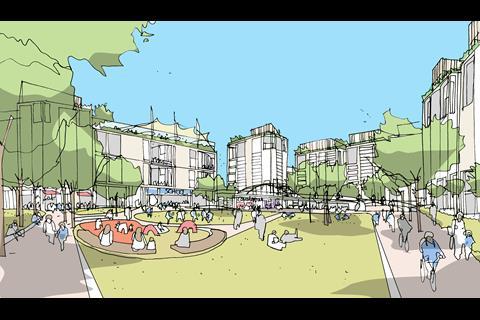 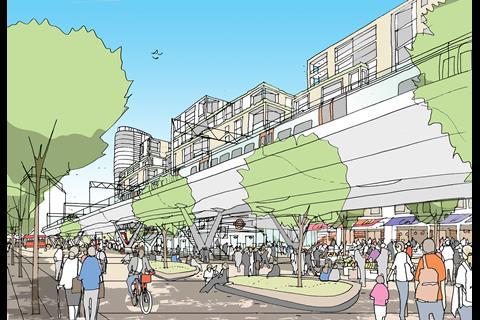 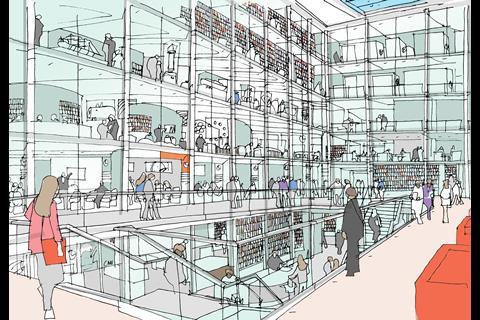 PLP and Arup’s masterplan for thousands of new homes at Old Oak Common have gone out to public consultation.

The site in west London has been earmarked as a transport hub with HS2 and Crossrail planned for the area with PLP’s scheme at Old Oak Park, which is owned by used car dealership Cargiant, the first major site set for redevelopment.

Earlier consultations for the work took place last summer and at the end of 2014 with the number of homes for the Old Oak Park site revised down from 9,000 to 7,000 in order to create bigger parks and provide more open space.

As well as homes it will include a high street, public squares, schools, health centres, offices and a new Overground station called Hythe Road, as well as the canal frontage.

Cargiant is developing the 19ha site in tandem with London & Regional Properties with an announcement on an anchor for a cultural quarter promised for later this year.

The site plans also include 14 new bridges and underpasses and a 25m landscaped high street.

Last year, the Old Oak and Park Royal Mayoral Development Corporation was established to act as the local planning authority for the area. Its chair andLondon’s deputy mayor Ed Lister said: “We are working hard with Cargiant and others to deliver the homes, offices, work spaces and community and cultural facilities to create a brand new thriving part of the capital.”

Cargiant decided to develop the site because it has run out of space and is looking for a new location. Championship side QPR had hoped a new 40,000-stadium could be part of the redevelopment but Cargiant – a former sponsor of the team – ruled this out in 2014 with the firm deciding to opt instead for the rival PLP proposals.

The QPR team included Populous, Farrells and CZWG and wanted to build 50,000 homes as well as the stadium.