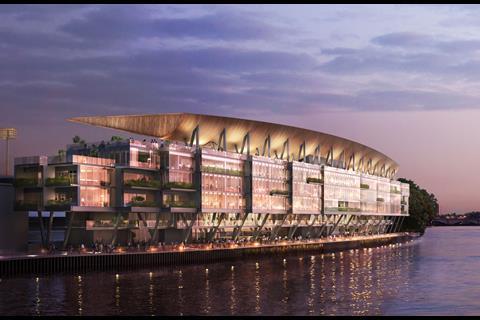 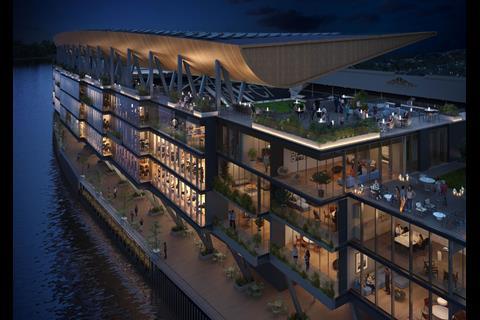 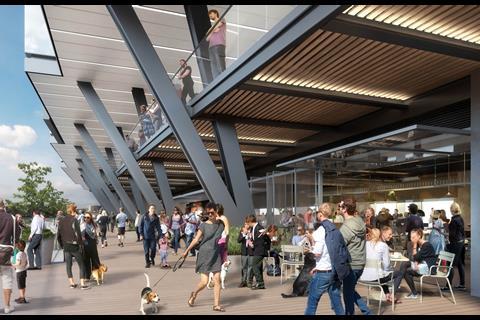 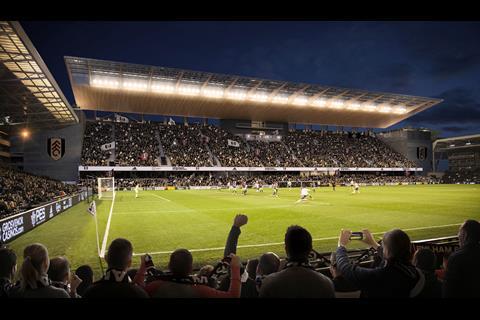 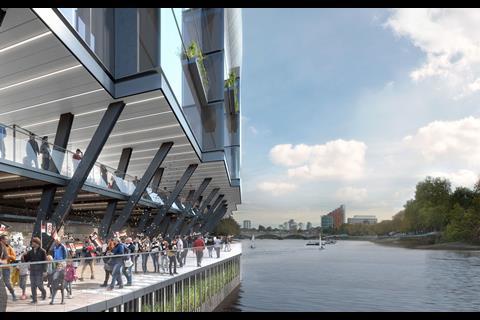 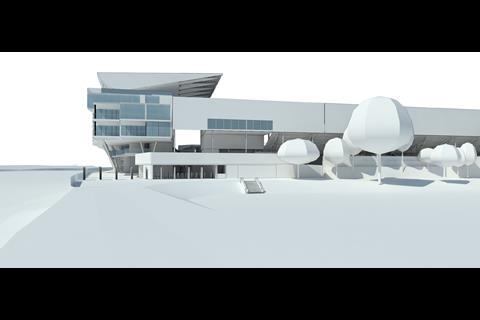 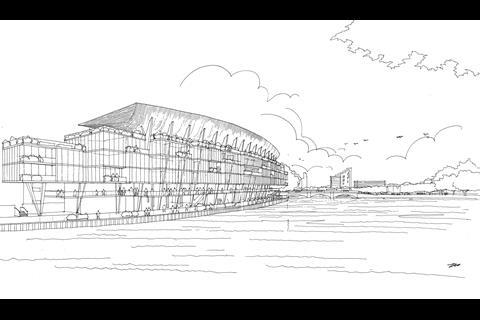 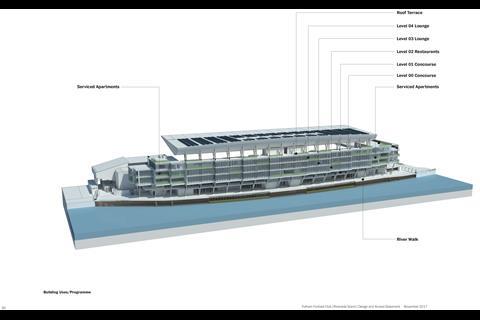 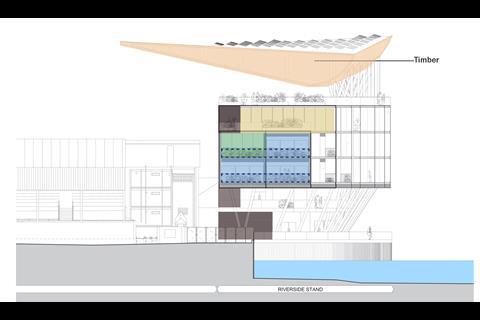 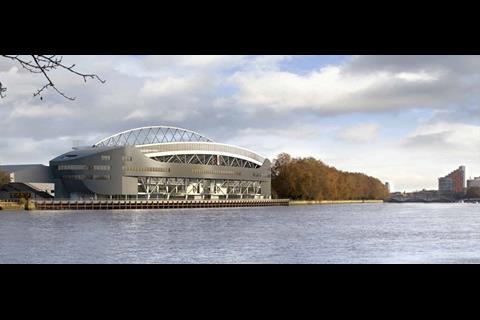 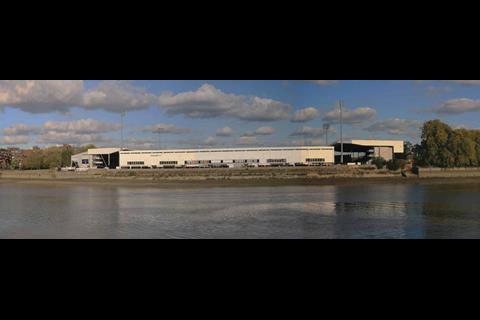 Populous has submitted plans to redevelop Fulham Football Club’s riverside stadium – the third architect in recent years to work on the ground.

The proposals would increase capacity to 29,600 and would include nine flats overlooking the Thames, a wedding venue and other facilities.

The Championship side won planning for a controversial KSS-designed riverside stand in July 2013 but this was never built and Thomas Heatherwick was then hired by the club’s new owner Shahid Khan in the spring of 2016.

But last autumn Heatherwick was replaced by Populous, which is also working with Khan on the home of his American Football team, the Jacksonville Jaguars who missed out on the chance to get to next month’s Super Bowl final last night after being beaten by the New England Patriots. The club declined to comment on why Heatherwick was ditched.

Populous’ fully glazed proposal for Craven Cottage aims to be a “signature piece of riverfront architecture”, but avoids emulating traditional grandstand architecture, maintaining the existing four-stand model – largely because of the presence of two listed buildings.

Like KSS’s scheme, Populous’s design opens up the towpath – which is blocked by the existing stand – but would controversially encroach over the river by 11m. 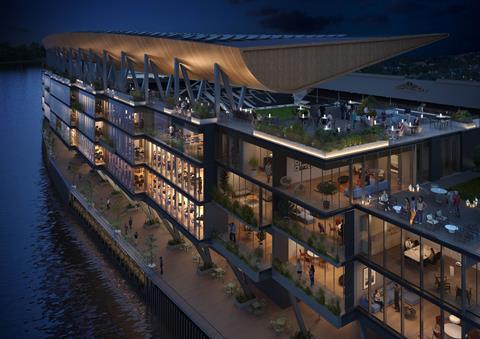 In the new proposal, far more of the space will be given over to non-match uses – including nine serviced flats, restaurants, bars, wedding, conference and fitness facilities.

The architect said its proposal was different from KSS’s “in that it fully maximises the benefits of being on the river and better connects the river to the matchday experience”. It is also 5m lower at 28.6m tall.

The design has been influenced by the boathouses which characterise this stretch of the Thames, part of the Boat Race course, it said.

“Without reproducing this architecture directly, this treatment of scale and maximising views and river frontage underpins and is adapted within our design approach to produce an iconic but appropriate design which completes the riverside, and the stadium edge, creating a contemporary waterfront destination and a natural social gathering place for the local community and London as a whole,” said its design and access statement. 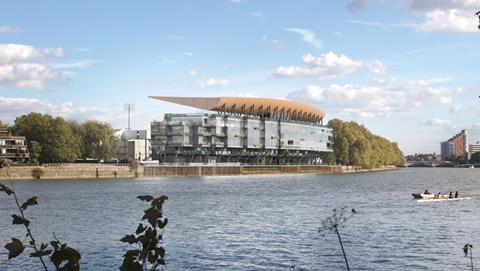 It is not the first time Populous has replaced KSS on the design of a major London club’s stadium. Spurs chairman Daniel Levy appointed Populous to design its new ground after asking the architect to review KSS’s proposals. The Populous director involved, Christopher Lee, also designed Arsenal’s Emirates stadium.

In the early 2000s, under Fulham’s previous owner Mohamed al Fayed, a plan to replace Craven Cottage with more than 73,000sq m of flats was scrapped after a huge outcry. The two architects on that project were ML Design Group and Hamilton Design Group.

Three sides of Craven Cottage are undistinguished but the red-brick Johnny Haynes stand on Stevenage Road, designed by Archibald Leitch, is listed, as is the “cottage” that replaced the actual Craven Cottage.

Populous’ proposal has allowed for the two end stands to be redeveloped at a later stage, and slightly alters one of them to provide access to the river walk from Bishops Park. New lights under the roofs of the three of the stands will do away with the need for two of the four floodlights.

Khan has not explained why he dropped Heatherwick but said he had been “deliberate in reviewing concepts, interviewing designers and studying the economics of what will turn out to be a signature project for an entire community”.

With Populous’ designs, Craven Cottage would “blend history and the contemporary like no stadium in the land or beyond”, he said.

If approved, work could start on the new stand next year and open in 2021.