Prize piece of Roman architecture unearthed on Isle of Wight 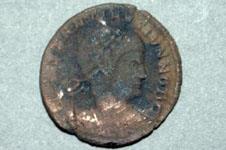 A Roman villa as big as an Olympic swimming pool has been unearthed by archaeologists on the Isle of Wight.

The building, which is 1,800 years old, is one of the biggest and best-preserved examples of Roman architecture ever found in the UK, according to reports.

It is 15m wide and 45m long and was constructed in the shape of a church, with a central nave and two aisles.

Sir Barry Cunliffe, Emeritus Professor of European Archaeology at Oxford University and head of the excavation, told The Times: “It's a very impressive building, absolutely magnificent. It could have been seen for miles around.”