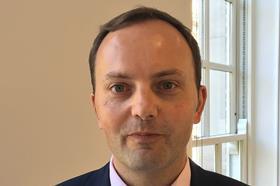 Slade joins from Westfield Corporation, where he opened the Stratford City development and acted as general manager during the 2012 Olympics.

Quintain said the new role at Wembley Park would involve overseeing the transformation of the area into a “world-class retail and leisure desination”.

Wembley Park’s footprint is adjacent to Wembley Stadium and covers the SSE Arena, hotels, and the London Designer Outlet. It is earmarked for the construction of 5,000 homes.

Quintain chief operating officer James Saunders said he expected Slade to bring an “overarching focus to the operation and performance” to the development and “enhance the location’s emerging identity as leisure destination”.