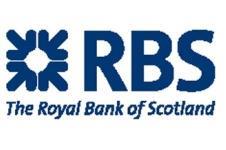 ‘Little choice’ for bank after housebuilder, which was put up for sale in January, attracts low bids

Collapsed housebuilder Oakdene Homes looks set to be taken over by its bank after to a poor response from bidders since it went into administration and was put up for sale in January.

According to sources close to the situation, the takeover by RBS would end a sale process that started when the company, which was listed on the alternative investment market, went under with debts of about £85m.

No bank deal has been finalised but it is understood to be the most likely outcome given that bids for the £36m-turnover company have been lower than RBS is prepared to accept. It is thought Oakdene’s assets would be put into RBS’ West Register property vehicle.

The last valuation the company put on its landbank was £169m in May. Analysts say the figure could have halved since then. At the time it had homes and land enough for 1,800 units.

The takeover by RBS, which would fly in the face of attempts by banks to reduce their exposure to the property sector, would lead to West Register completing half-built sites to sell alongside its remaining landbank when the market recovers.

One source said RBS had little choice. “There is a lack of debt around to help fund takeovers and bids for distressed assets like Oakdene won’t be popular. The banks have a duty to get the best value they can.”

The sale by administrator Pricewaterhouse Coopers (PwC) included six large schemes in south-east England. It is understood that 35 candidates initially expressed an interest, including Galliford Try and housebuilder Croudace.

RBS declined to comment, but PwC said no decision had been taken and it was still seeking offers for individual sites.