Growth in region merits its own business, says housebuilder 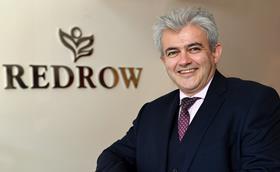 Redrow is to launch a new division in the Thames Valley next year to exploit growth opportunities in outer London and the Home Counties.

Based in Oxfordshire and covering the surrounding counties, the Thames Valley operation will be headed up by recently appointed managing director, Rameen Firoozan, a former regional managing director at Berkeley’s Oxford and Chiltern division.

Demand for new homes in the region is high, the housebuilder’s chief executive John Tutte (pictured) said, with house prices in central Oxford up nearly 10% in the last three years.

“Outer London, and particularly the areas just outside of the M25, is a growth area for Redrow.

“Rameen is a very experienced managing director, with in-depth knowledge of the region, and we look forward to working with him to create the new division,” he added.

Firoozan will be responsible for appointing a new Thames Valley team and finding a location for the new offices and will report into Matthew Pratt, regional chief executive for Redrow’s southern regions.