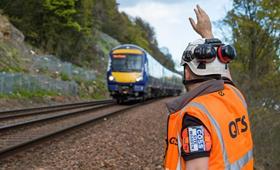 Leeds-based Renew said the acquisition of QTS, which has a longstanding relationship with Network Rail operating under long-term framework positions, would boost its own rail activity and increase its market share.

The Strathleven-based QTS employs around 300 staff and was founded by its current managing director Alan McLeish in 1992, helped by a £300 loan from his mother. Last year it turned over £71.8m and generated a pre-tax profit of £8.8m, working on rail, earthwork and drainage projects across the UK.

The firm is due to release its interim results for the six months to the end of March on 22 May.