Retailers look to Germany, France and Spain for 2010 growth 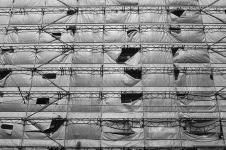 Germany has been touted as the number one target destination for retailers from the Europe, Middle East and Africa looking to expand their international presence in 2010, according to new research from CB Richard Ellis.

The report, called “How Active are Retailers in EMEA?”, was launched this morning at the retail conference MAPIC in Cannes. It revealed that 47% of retailers surveyed as part of the research are targeting Germany for future expansion, followed by 44% targeting France and 36% looking at Spain.

The report looks at the attitudes and expansion plans in 2010 of 220 leading retailers. Despite the economic outlook remaining uncertain, many retailers are strategically expanding into new markets.

While the report found that there is a shift towards the more mature western European markets and prime locations it also said some other retailers were targeting new markets to try secure a competitive advantage.

Western European countries dominated the survey's ranking of the top 10 “hot spots” for expansion, comprising seven of the 10 most popular destinations. Poland, Romania and Russia were the exception to the rule, representing central and eastern Europe in the top 10.

More than 45% of retailers are planning to expand into at least one country in central and eastern Europe in 2010, with Poland alone attracting 34% of the retailers surveyed.