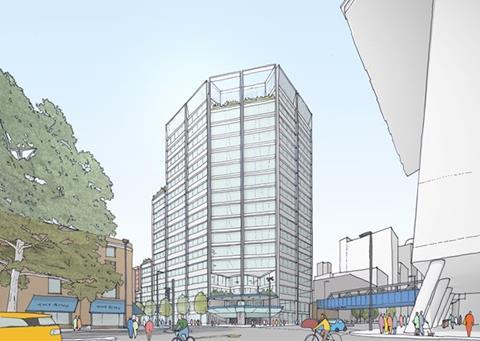 AHMM’s plans for a 17-storey scheme above Southwark tube station have been revealed two years after proposals to bulldoze the MJP-designed ticket hall in favour of a 30-storey tower, also designed by AHMM, were knocked back.

The new plans include a mixture of commercial and retail space, while the original scheme was a residential tower.

The original plans were met by uproar from campaigners who fought in vain to list the 1999 station – part of the architecturally feted Jubilee line extension.

Despite this, a move from Transport for London to acquire the land from developer U+I saved Richard MacCormac’s station hall, which was originally designed to be able to support a structure up to 18 storeys high.

The latest iteration of the scheme follows feedback from an initial public consultation held earlier this year that there was a need for a community hub and a focal point in order for Southwark to be recognised as a vibrant destination.

The proposals will also incorporate affordable office space, which could be used by local or small businesses, while also improving pedestrian access to the existing independent businesses in the surrounding area.

TfL’s public consultation on the scheme will run until 26 November, with the public able to register their views online, via post or telephone or at consultation events being held on 17 October and 19 October. 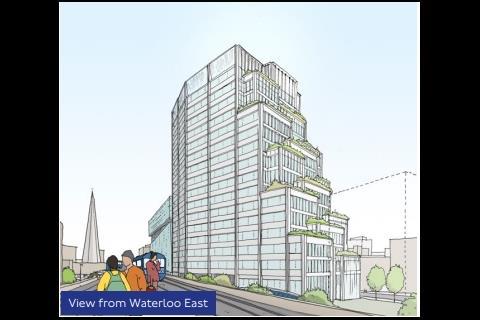 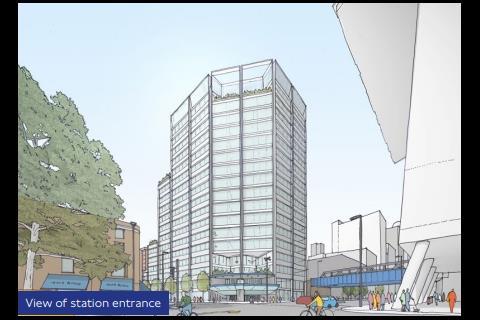 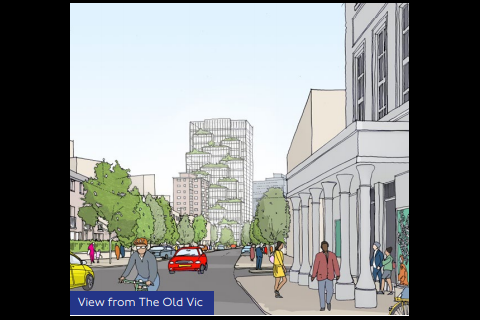