The Royal Institution of Chartered Surveyors (RICS) has appointed a former senior Whitehall official as the chair of its audit committee.

Mike Driver will take on the role with immediate effect and serve an initial three-year term.

He replaces Amit Shah, whose term came to an end in September amid a string of high-profile resignations at the group following the publication of Alison Levitt QC’s report into a governance scandal. 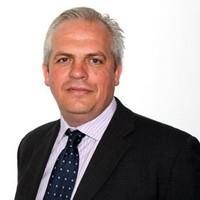 Driver was also appointed in July as the president of the Chartered Institute of Public Finance and Accountancy, an organisation for accountants working in bodies which spend public money.

His career in the civil service spans more than four decades, with his most recent role being as the senior responsible officer for the Department of Health and Social Care’s borders and managed quarantine service, part of the government’s covid-19 response.

He was head of the government finance function at the Treasury between 2017 and 2020 with responsibility for ensuring public money is spent efficiently.

He also had a six-month stint as interim permanent secretary at the Ministry of Justice between August 2020 and January this year.

Driver left the civil service in September and is now establishing a portfolio career, according to the RICS.

The institution said he will operate independently in his role as audit committee chair, reporting to the governing council.

Commenting on the appointment, interim governing council chair Nick Maclean said that Driver was the “perfect choice” for the role.

Maclean said: “I am delighted Mike has agreed to join us as chair of our Audit Committee. He has a wealth of experience in senior roles during his long and distinguished Whitehall career, combined with his role as president of one of the UK’s leading membership organisations.”

Driver said: “RICS is a globally recognised professional body and I look forward to providing the strong independent oversight and constructive challenge that it needs and, in particular, to lead and modernise the audit committee.”

Amongst the committee’s responsibilities are monitoring the integrity and effectiveness of RICS’ financial reporting, internal control and risk management systems, reviewing anti-fraud measures and recommending the appointment of the external auditor.

The Levitt report, published in September, found that four members of the RICS governing council were unfairly dismissed after they raised concerns about a financial report into the institution’s treasury management.

Levitt’s chief recommendation was that an ongoing review into the RICS future purpose should be transferred to an external reviewer and expanded to include the institution’s governance and strategy.

Last month, Building revealed the government had suggested four people, believed to be senior civil servants, to carry out the external review.

The RICS has hired recruitment firm Gatenby Sanderson to find an appropriate candidate to lead the review, with an appointment expected to be announced later this month.