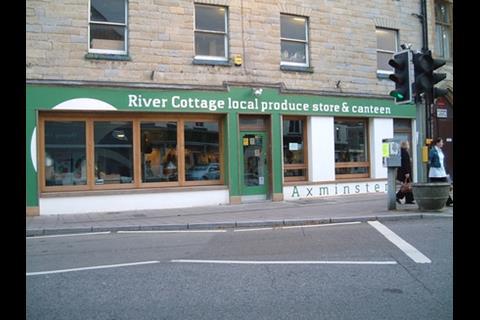 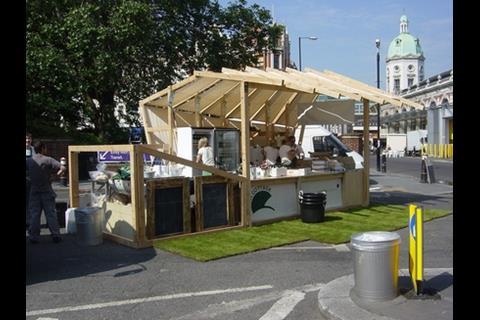 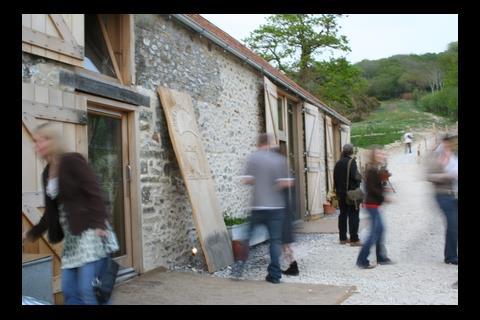 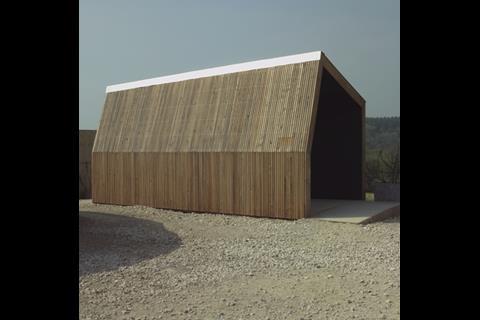 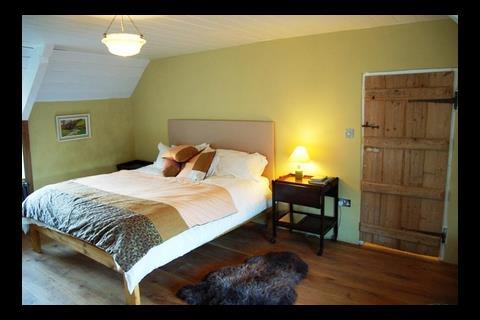 A bedroom at the River Cottage

Famous for its television series River Cottage is currently going through a thorough revamp, both in its buildings, its marketing and its shops across the country.

Brainchild of Hugh Fearnley-Whittingstall the plan is to provide customers with an authentic, organic and environmentally sound range of food related products and television shows. This includes a sound ecological ethos in the way it refurbishes and builds its buildings, both at its headquarters in Devon and its shops.

London-based Satellite Architects, run by architect and academic Stewart Dodd, has provided a range of solutions in order to achieve this. This project has gone all out to achieve a set of building projects, both large and small which reach for every conceivable green method, or material it can, as well as buying into locally sourced goods and services to support the process.

A tale of two buildings

The cottage itself was refurbished and extended and the second building was the barn conversion including a canteen and shop. Everything from the FSC wood to the furniture and paint all had an element of ecological thinking behind them. Some of the furniture and the wood work in the ceiling (beams, struts, etc), were reclaimed timber, using local craftsmen to fit them. Green technology was also used in the shape of wind turbines for onsite micro generation using a Proven WT2500 wind turbine on an 11m mast. Wind speeds in the area were measured for the turbine which resulted in a wind speed of 7m/s (10agl), predicting an output of 6,000-7,000kWh/ annum.

Insulation was carefully looked at by the architectural team using sheep’s wool (Thermafleece) where necessary, at 20mm thickness to a density of 25kg/m3 giving a K-value of 0,039W/mK. Satellite Architects say that “Wool generates heat when it absorbs moisture from the air. When the air is saturated with water vapour, wool absorbs some 40% of its dry weight in moisture, producing 960 kilojoules of heat energy for every kilogram of dry wool. This warmth is not noticeable inside the building but it acts to prevent condensation in construction cavities by maintaining the temperature above the dew-point in damp conditions.”

The buildings U-Values are as follows:

The back of the River Cottage house

A biomass boiler was used for heating. A FHG Turbo 3000 50, 50kW log boiler with Lambdatronic S3100 Comfort controls was used just off one of the event spaces in the Cottage. A 1,500 litre Eco-cell tank, at 2.22m high by 1.15m diameter was used as a buffer tank. Satellite Architects also describe a domestic hot water 300 litre LTHW heated storage calorifier which provides heated water up to 55-65°C. The fuel for the biomass boiler has also been thought about, using Beech supplied by local Forestry Commission land on Trinity Hill, nearby. This is supplied once a year at 50 tonnes, which dries down to 40 tonnes, so the team at River Cottage know exactly how much fuel they will need and use, making it easier to keep an eye on fuel consumption.

Rainwater harvesting is also used in the building with grey water capture and use. The building uses an NC 15 UGWT tank supplied by Titan Pollution Control, with a working capacity of 15,000 litres. There’s a mains connection as a back-up, so this harvesting system is not off-grid. There is also an operational well using a solar powered pump, with a mains back-up.

The kitchen uses an LPG system supplying gas to an ESSE range and Westhal cooker. All the buildings in the scheme use low energy light bulbs throughout.

The client wanted to keep the use of lime plaster in the building to preserve its original style and texture, so Hydraulic Lime was used to allow for ‘not straight’ walls of this old building. The timber used in the refit was FSC Western Red Cedar in the barn for the ceiling. The joinery used CSA Western Red Cedar and the wood for all internal and external doors and furniture used FSC Oak. The house used FSC pine for the ceiling, FSC Oak for basin units, FSC pine for internal/ external doors, FSC Oak boarding for the floors, sized to match existing elm boards and treated. The window sill seat used existing Elm boards, turned over and treated. The wall panel used FSC Western Red Cedar.

The wood and lime plaster of River Cottage

Aglia hard resin oil was recommended to treat the wood surfaces, from an ecological point of view, to reduce toxicity in the production which uses entirely natural ingredients to make. Hygiena Lack was used to make surfaces anti-bacterial and hygienically sound without having to use cleaning detergents, which shows a real attention to detail not only in the look of the wood surfaces but also its expected usage.

Bespoke Tables & Chairs were built for the event space which was made from reclaimed victorian floor joists and roofing strutts.

A variety of paints were used, including lime wash on exterior walls and Earthborn Claypaint on interior walls and a hard wearing solvent free white paint was used for the bathrooms.

Satellite Architects say that “The common reed (Phragmites Australis) has the ability to transfer oxygen from its leaves to its root system, resulting in a very high population of micro organisms, which successfully treat the wastewater.”

This project has probably the best green credentials I have come across so far. Even the funky bus shelter adds a certain charm to the project, using reclaimed wood, and expanding on a theme used by the designers to demonstrate the use of low impact buildings. The bus shelter is a simple wood frame with wood chip boards and the food stand, with its winding roof and canvass walls is also a great addition. These are very temporary structures which will have to be repaired or replaced regularly.

All in all this project leads the way in the development of the brand, as they refurbish several sites across the country for shops selling locally sourced organic and ecological products and services. The project isn’t finished yet though, with planning permission yet to come through for one or two other features like the green roof on an agricultural shed at the top of the hill, where the architect wishes to reuse vegetation to create a link to the existing landscape and minimise the visual impact of the building against its surroundings. Projects like this one push the boundaries and try out new thinking in-situ and therefore should be watched and written about extensively.