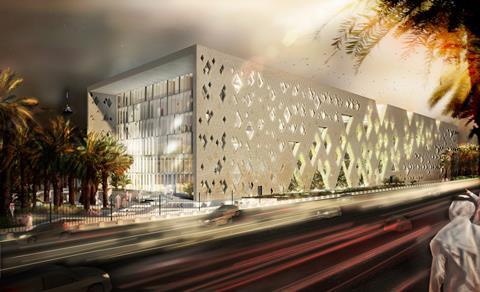 Rider Levett Bucknall (RLB) has been appointed quantity surveyor on construction of a £36m diplomatic building for the Saudi Arabian government in the country’s capital Riyadh.

RLB has been appointed by UK engineer and project manager Buro Happold.

Construction has begun and is expected to complete in March 2015.

The client for the scheme is the Ministry of Foreign Affairs in Saudi Arabia and the building has been commissioned to expand the Ministry’s facilities.

Andy Isherwood, partner at RLB, said: “Saudi Arabia is an emerging regional market in the midst of a massive development programme and RLB is delighted to play its role in helping the Kingdom to achieve its goal.

“We have worked with Buro Happold many times before and are of course delighted to have this role on such a landmark scheme.  “

RLB is working on a host of projects in Saudi Arabia, including the King Abdullah Financial District and King Fahad Medical Facility in Riyadh and Knowledge Economic City in Jeddah.

Lance Taylor, chief executive of RLB, said: “RLB has worked in the Kingdom for the last 25 years and have built up a significant portfolio of distinguished projects over that time.

“We are totally committed to Saudi Arabia and successfully completed full local registration of a RLB office in Saudi Arabia in 2011.”