Gillingham, who headed up Mace’s consultancy business for the north and Scotland, joined the Manchester office as partner and will also head up the consultant’s public sector business.

His arrival takes the number of partners at the 100-strong office to 10 and its managing partner Russell Bolton said he was currently talking to a number of other senior figures about making the switch to its office on King Street.

The £10m turnover office is looking at growing to 125 people in a couple of years’ time and Bolton, who joined from Arcadis four years ago when Manchester had just 20 people, added: “We’re constantly looking to grow with the right people.”

RLB’s schemes in the city include working as principal designer on the £200m St Michael’s development in the city which is being masterminded by former Manchester United footballers Gary Neville and Ryan Giggs.

Original architect Make was replaced by local firm Hodder + Partners after campaigners complained Make’s buildings would cause too much damage to local conservation areas. But the Hodder proposal, a 40-storey tower which has been given planning permission, has also been criticised by heritage groups for the same reasons.

RLB has a £60m turnover in the UK with 600 staff. It has 10 offices with its three main centres being London, Birmingham and Manchester. 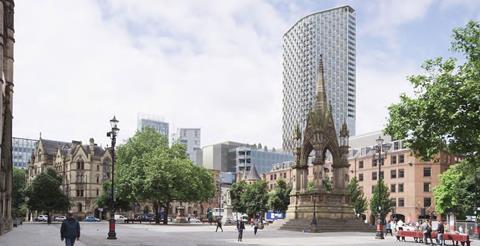