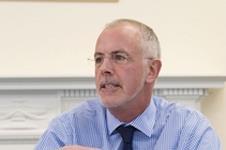 Construction and maintenance firm Rok warned the new-build market was becoming increasingly competitive, in an interim management statement covering the period from 1 July to 4 November. It said it had scaled back significantly on such projects "against a backdrop of a tightening UK economy and significantly reduced demand for ... general construction."

It added that it was also finding greater levels of competition in the planned maintenance environment.

The group said its overall trading and full year results were in line with expectations and attributed its success to driving down risk and volumes, and increasing operating margins on planned maintenance response projects and new-build social housing.

The firm also said that it had been shortlisted on three major housing PFI projects, each with a revenue stream of over 100m.

Rok's response maintenance business performed well despite it being a year of reduced weather-related insurance claims, which curtailed growth, the firm said.