Kier has completed the sale of its housing business paving the way for its £241m equity raise to be formally rubber-stamped next month.

Earlier this month, the firm said it had finalised the equity raise less than nine hours after announcing it with the raise dependent on Kier formally completing the £110m deal to sell its Kier Living housing arm to a private equity firm run by financier Guy Hands. 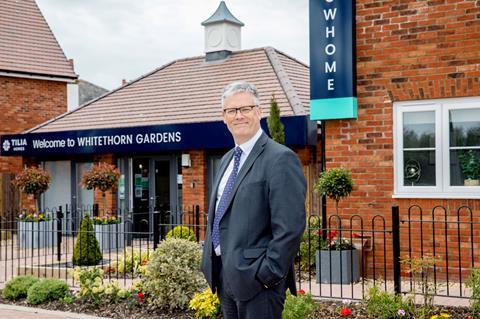 The raise, which has seen 284 million shares issued at a price of 85 pence per share, is due to be voted on by shareholders at a general meeting on 16 June.

With the £110m expected from the sale of Kier Living, the firm is set to pump more than £350m into reducing its £436m debt pile.

Chief executive Andrew Davies, who along with the firm’s other directors have spent £300,000 between them on new shares, wants to get the business back to a net cash position within the next two to three years.

The firm had been forced into the move after coming unstuck following a four-year spending spree between 2013 and 2017 which saw it buy up rivals including May Gurney, Mouchel and McNicholas Construction.

Kier Living has been rebranded as Tilia Homes with the firm led by its existing management team including chief executive David Bridges.

Tilia, which has been bought by Hands’ private equity firm Terra Firma, employs around 430 people and in the year to June 2020 completed 1,100 homes

A previous plan to raise money through a rights issue in November 2018 took three weeks to complete and was given a resounding thumbs down with just a third of shareholders taking it up.