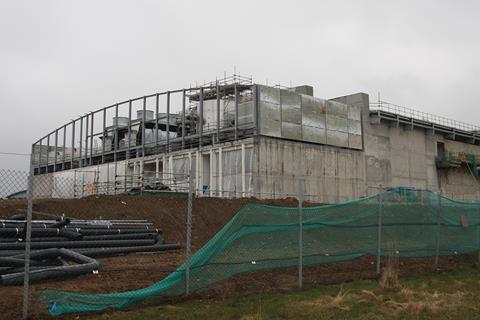 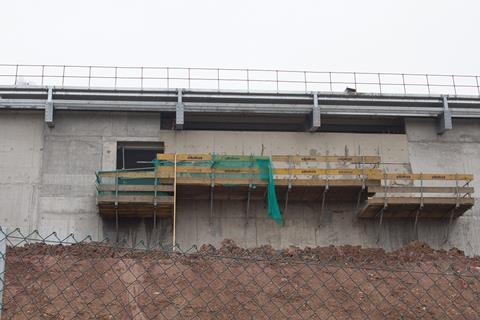 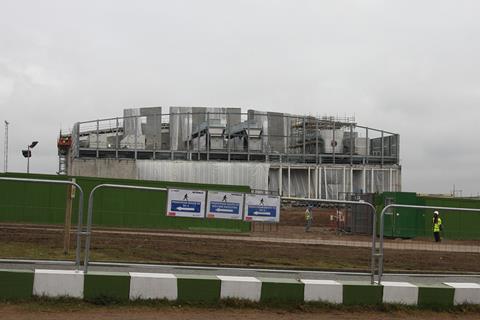 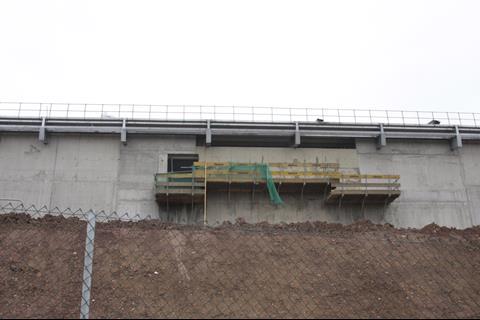 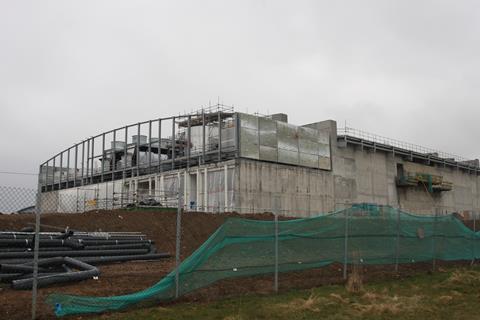 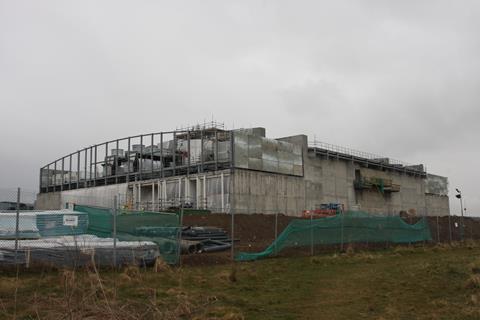 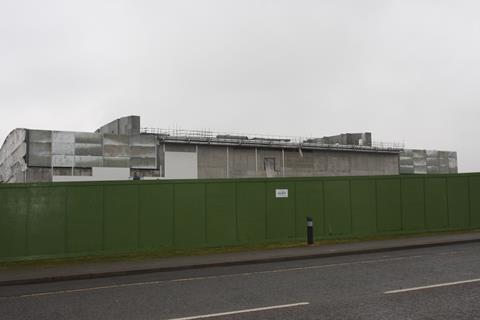 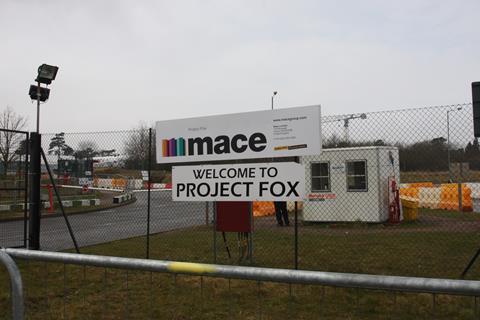 Exclusive: £100m Project Fox missing sections of roofing and cladding and up to eight months behind schedule

The high-profile data centre project that contractor ISG left earlier this year is unfinished and up to eight months behind schedule, Building has learned.

ISG won the job - worth at least £100m - to “construct and fit out” Spanish bank Santander’s Project Fox twin data centres in Leicestershire in February 2012, but the contractor exited the job in February this year, with sources telling Building at the time that ISG’s exit was unexpected under the contractor’s original contract.

Now Building has learned that the project is up to eight months behind schedule. Pictures taken last week (right) show both the buildings are missing sections of roofing and cladding and have multiple openings in the walls.

Following main contractor ISG’s departure in February, Mace, which had been project manager, stepped in to take a broader role on the project.

At the time Santander, ISG and Mace said in a joint statement: “ISG has completed its element of the project and it has now been handed back to Santander for the IT-related installation.”

But sources on the site have now told Building the project is “nowhere near” IT fit-out stage and is “going backwards”.

Project Fox documents circulated to local residents in November 2011, seen by Building, state that the project was due to complete
in March 2013. The stated completion date in the project’s planning application was the first quarter of 2013.

But separate sources close to the project said it was now not scheduled to complete until November 2013, which would be eight months late.

When approached by Building, ISG, Mace and Santander referred to their previous joint statement and declined to comment further.

In February 2012, ISG described the contract win as an example of the firm’s success in targeting the data centre market, with ISG chief executive David Lawther saying the firm expected “further growth in this area as we focus on our multinational clients and on their increasingly demanding technical requirements”.

The firm said at the time it involved the construction of two identical buildings, that were to be delivered concurrently.

It said the job involved “the technically complex fit-out of the buildings including a highly resilient services installation, enabling full maintenance of the 24/7 operating facility”.

ISG’s work on Santander’s £100m data centre project in Leicestershire sparked concerns with local residents, it has emerged. Last autumn, residents complained about noise outside of agreed working hours, including very early in the morning, and tower crane floodlights being left on all night.

Correspondence from James Dalling, Mace’s associate director, to local residents in October 2012, seen by Building, said ISG’s explanations for the nuisance had been “disappointing to say the least” and that the company had been “formally warned of their obligations as principal contractor”.

A letter from ISG to residents in the same month said it had replaced its night works site manager with a more senior member of staff, placed noise meters on site and instructed tower crane operators not to leave lights on, to address the problems. ISG, Mace and Santander declined to comment on these issues.