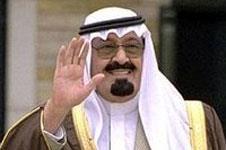 The King Abdullah Economic City, Saudi Arabia’s £17.7bn mega-development, has been delayed while its developers search for financing.

Saudi Arabia was previously thought to be one of the few countries immune from the financial crisis, but the Economic City’s delay shows this is no longer the case.

Emaar, the city’s Dubai-based developer, had planned to finance the project with investment from both foreign and domestic companies, but have conceded this will be difficult in the current economic climate.

Joseph Kilar, chief operating officer at Emaar, told the Financial Times: “People are going to be hesitant to make a move from outside so we want to focus on the Saudi market. Right now everybody is so cautious to do anything: that’s the problem, even if it’s a good deal.”

The King Abdullah Economic City, north of Jeddah, is one of four planned in Saudi Arabia, with the target of adding $150bn to the country’s GDP. The city was scheduled to take its first residents next year.

Originally they were to have been funded purely by the private sector but Emaar have admitted progressing without government help would be challenging.

Emaar still maintain the fundamentals of King Abdullah Economic City are firm, but the delay in development shows even previous safe havens from the financial crisis are no longer immune.