Schools in £2bn building programme to be revealed today 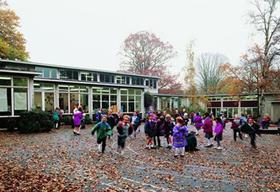 The government is set to reveal today which schools will be included in its long-awaited £2bn school building programme, Building has learned.

It is understood ministers are preparing to release a written statement on the Priority Schools Building Programme later today – ending months of wait for schools and their supply chains anxious to find out which bids for inclusion in the programme have been successful.

Around 600 schools are believed to have applied for funding under the PFI programme – around three times the number that can be funded. Schools have been prioritised largely on the condition of their existing buildings, but the high number of bids has led to a delay whilst delivery body the Education Funding Agency has reviewed submissions. An announcement on the schools to be included in the scheme was originally expected at the start of the year.

Full coverage of the announcement will be available on Building.co.uk.