Scotland moves to blacklist the blacklisters 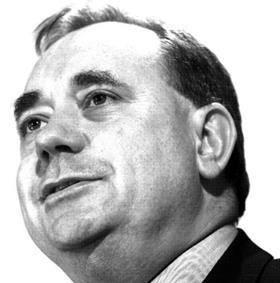 Pressure on contractors which worked with the notorious Consulting Association has intensified after the Scottish government set out details of how it intends to withhold work from them.

Marking the first national day of action on blacklisting, first minister Alex Salmond this week unveiled new policy guidance for public bodies north of the border, setting out how firms involved with the practice should be excluded from bidding unless they can demonstrate “appropriate remedial steps”.

The guidance, which various trade unions and the Scottish Trade Union Centre (STUC) advised upon, is similar to that set out by the Welsh Assembly in September and will also be applied on a ‘case by case’ basis.

However, the Scottish guidance is likely to become law given the Procurement Reform Bill currently before the Scottish parliament.

Salmond said: “The Scottish government is opposed to blacklisting in any form, given the serious impact it can have on the career, livelihoods and lives of those affected.

“Everyone has a right to work and to raise concerns, including through a union. They should not expect to be inhibited in any way by choosing to exercise these rights.

“We are making it absolutely clear to any company wishing to tender to supply, build or service parts of our national infrastructure, or to deliver our public goods and services, that blacklisting will not be tolerated and that they face being excluded from bidding for public contracts if found to be taking part in this unacceptable practice.”

The new guidance - see attachment - will apply to Scotland’s standard Pre-Qualification Questionaire (sPQQ) and will also form part of a new contract clause in standard terms and conditions, allowing for the termination of a contract if a supplier is “found to have breached relevant legislation during the course of that contract”.

The guidance includes examples of remedial steps which firms involved in blacklisting need to have taken including an “appropriate apology”, paying compensation and taking “concrete, technical, organisational and personnel measures that are appropriate to prevent further criminal offence or misconduct”.

An investigation carried out by Building in May found that more than 60% of the HR managers in the industry who worked with the Consulting Association, and are still known to be employed, remain in similar positions in the same firms.

Eight of the 44 firms which used the Consulting Association have now put forward proposals for an industry compensation scheme for blacklisted workers.