Costain the biggest loser with drop of 26%

Costain was the biggest loser among a group of listed UK contractors whose shares were shredded yesterday in frantic stock market trading as investors spooked by the impact of the coronavirus fled the sector.

As the FTSE100 experienced its worst day since Black Monday in October 1987, shares across the board plummeted. 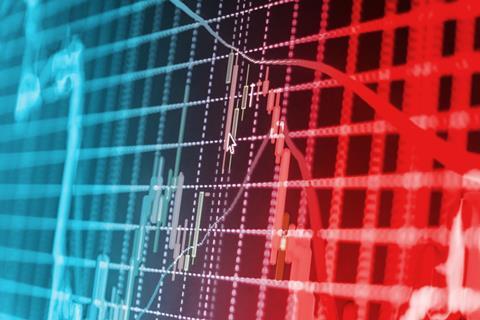 Struggling Kier and City darling Morgan Sindall both saw their shares close 9% down, while Balfour Beatty’s stock finished the day nearly 11% off its opening price, despite announcing improved profits earlier this week.

Investors in Galliford Try, which announced losses yesterday and admitted to sending key staff home because of the coronavirus outbreak, saw the firm’s share slump by nearly a fifth.

Kevin Cammack, analyst with Cenkos Securities, said of the rout: “One could have been forgiven for thinking that contractors would be a relatively safe haven in the coronavirus-infected stock market.”

Cammack said the only relative ‘winners’ were specialists such as ground engineer Keller, steel firm Severfield and electrical contractor T Clarke having lost just 5%-6% of their share value.

Listed housebuilders were also hit as the market was savaged by fears of a major coronavirus-related downturn.

Barratt was the hardest hit, with a fall of more than 14% recorded in late trading.

Aside from Barratt, the housebuilder worst affected was Vistry, formerly Bovis Homes, which was trading nearly 14% down in late trading. Since close of trading last Friday, Vistry’s valuation has fallen by 23% and Barratt’s by almost 25%.