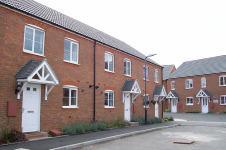 In its Ending Expensive Social Tenancies report, Policy Exchange argues the government should sell social homes worth more than the average property in a region as soon as they become vacant.

Alex Morton, author of the report, said: “Expensive social housing is costly, unpopular and unfair. That is why almost everybody rejects it.