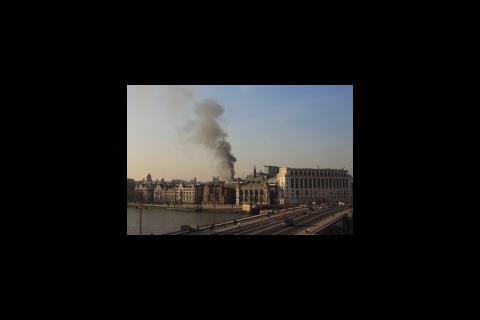 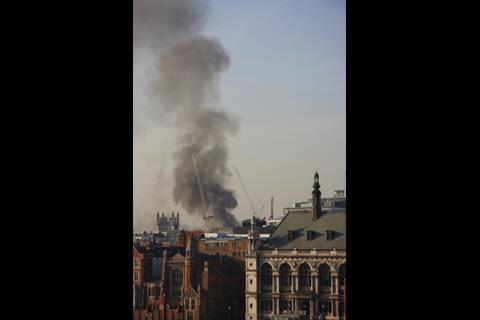 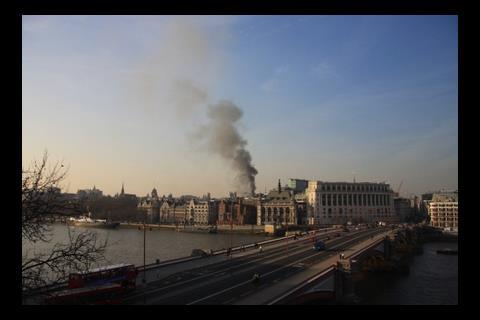 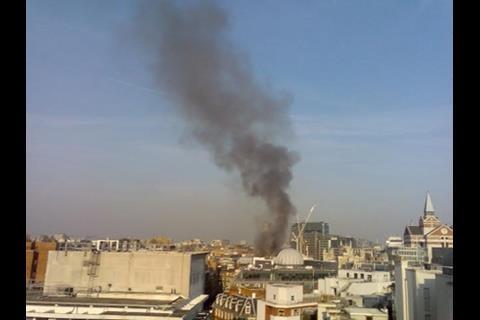 The fire from Kingsway, Sam Phillips 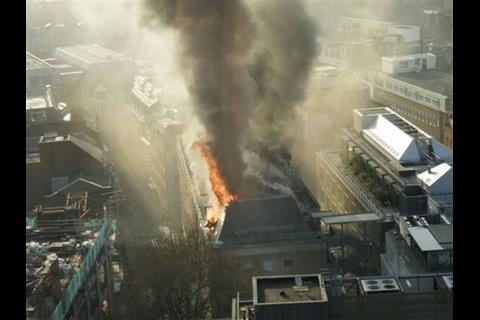 View of the Chancery Lane Fire from New Street Square 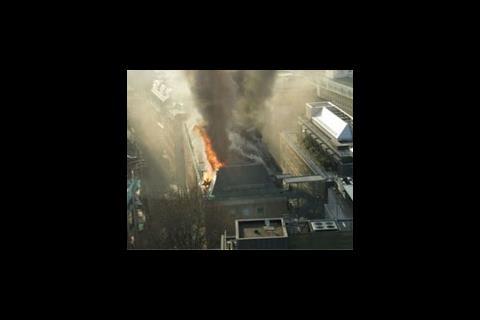 Police today evacuated hundreds of people from their buildings and redirected hundreds of others following a fire on the fifth floor of the Special Immigration Appeals Commission (SIAC) Holborn, Central London.

Officials apparently closed a large area between High Holborn and Fleet Street due to concerns about the dangers of propane gas cylinders on the site.

The fire is thought to have started at around four o' clock on a loft extension being carried out to the building.

Carillion workers from a nearby construction site said that just one street was closed at first, but that a whole area was cordoned off as the fire spread.

Sky News reported that eight fire engines had been sent to the scene.