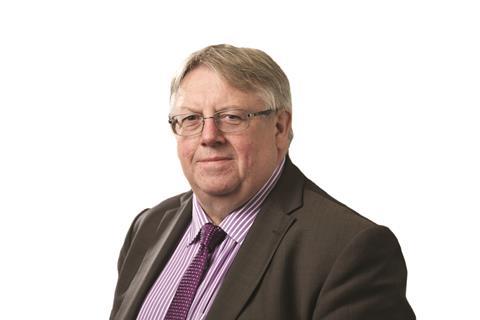 The man in charge of building Renzo Piano’s Shard for Irvine Sellar has joined a fledgling rival set up earlier this year which is targeting work across the regions.

Flan McNamara joined the late developer’s firm at the end of 2009 after being in charge of developing Westfield’s giant shopping centre at White City in west London.

As well as the 87-storey skyscraper, which marked Mace’s entry into main contracting, McNamara was in charge of its 17-storey companion, the News Building, next door to London Bridge train station.

“The buildings have been a success,” he said. “It’s really pleasing and I think Irvine would have been very proud of where [the development’s] got to.”

In the summer, Mace was appointed to the third building at the scheme, a 26-storey tower called Shard Place.

McNamara (pictured) has now joined developer Vanguard Real Estate, which was set up at the beginning of the year by UK-based property firms Graftongate and Corbally Group along with Middle East-based developer GRDI, where former Tarmac International managing director Jim Osborne is a partner.

The firm has two projects under way in the UK, including the £400m revamp of Belfast’s historic 1880s former Sirocco factory site, on the banks of the River Lagan.

Known as Belfast Waterside, the scheme (pictured below) has been masterplanned by Danish architect Henning Larsen and will include five office buildings providing 79,500m2 of space, 750 residential units and a 18,500m2 hotel. A planning application for the masterplan and the first office building is expected to be submitted next month. 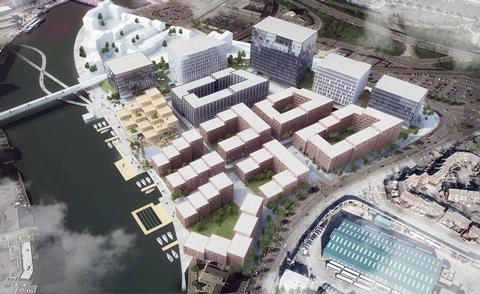 Vanguard Real Estate is also behind a 28,000m2 office scheme in Glasgow being designed by local firm Cooper Cromar, and is eyeing up potential projects in Manchester, Leeds and Dublin.

McNamara, who will be based in London’s Cavendish Square, said: “One of the big draws [for joining Vanguard] is the regional work in the UK. Belfast and Glasgow are exciting cities […] There’s still good sites at affordable values there.”

Vanguard also has work overseas including a new headquarters for HSBC in Dubai being developed under the GRDI brand as well as a job for another bank, Standard Chartered, in Ghana’s capital Accra. The firm is also in talks about possible work in India.

McNamara’s CV also includes stints at Multiplex where he was a project director on schemes such as the £340m Peterborough hospitals PFI and at ISG, then known as InteriorExterior, where he oversaw its £110m Albion Riverside residential scheme in Battersea that was designed by Foster + Partners.