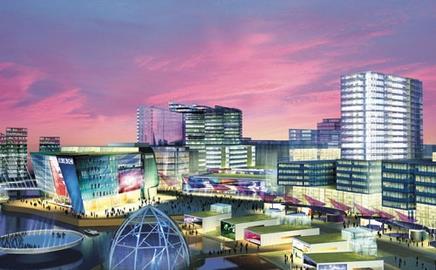 Sheppard Robson has been appointed to draw up plans for a college site at the £400m MediaCity:UK development in Salford.

It is understood that the architect has been appointed to design a Faculty of Arts, Media and Social Sciences for the University of Salford, which will involve moving up to 4,500 students and staff.

The commission is one of the first projects to begin in the wake of a BBC scheme on the 200-acre site, which will become the UK’s first purpose-built media city.

Sheppard Robson declined to comment but a spokesperson for the university said: “We’re exploring ways to integrate our Faculty of Arts, Media and Social Sciences into MediaCity:UK.”

In a separate development, it has emerged that Wilkinson Eyre will not complete the BBC’s three buildings at the media city. Architect Chapman Taylor has been appointed by client Peel Holdings to take on the project after detailed design stage.

Chapman Taylor will also develop designs for a residential scheme above a studio block facing the BBC buildings, a hotel and a multistorey car park. It is understood that Fairhurst Design will work on the studio block.

The decision to take control away from Wilkinson Eyre will cause concern in the architecture community. Earlier this year, design watchdog Cabe objected to the “dumbing down” of MacCormac Jamieson Prichard’s design for the BBC’s Broadcasting House after a substitute architect took over.

Tim Partington, project architect at Chapman Taylor, said the client had always planned to hand the scheme over to local architects. He said: “It wanted to use a Manchester office and to work with architects it had worked on delivery with before.”