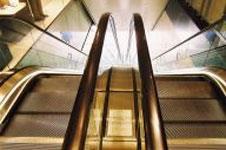 The decision was announced at the recent European conference in Amsterdam ahead of other international environmental assessment methodologies. It comes after several months of talks with BRE Global.

Ermine Armies, ICSC’s managing director, said: “We decided to adopt BREEAM ahead of other sustainability tools because of its very high environmental standards, its European roots and its adaptability to local markets.

“Developers within ICSC want a common methodology that they can work to across all their operations and national boundaries.”

ICSC, through its European Sustainability Working Group, is now launching pilot projects in several European countries where a number of developments will be assessed against BREEAM.

Clare Lowe, associate director for BREEAM, said: “ICSC members are leading the way for developers throughout Europe and beyond.”

ICSC’s working group includes members such as ING, Redevco Europe and Multi Development, who between them are already piloting projects in Germany and Turkey.

The working group as a whole will advise, comment and act as a source of local knowledge to help tailor BREEAM assessment criteria to the local context and legislation.

The project also provides a great opportunity for emerging Green Building Councils across Europe to get involved.