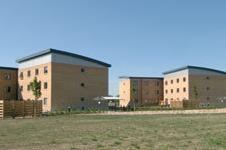 A shortage of quantity surveyors is seriously damaging the upgrade of the Ministry of Defence’s £18bn estate.

A report published today by the House of Commons’ Public Accounts Committee (PAC) said that as a result, budgets and planning were in disarray, and vital maintenance was being shelved in favour of building sports pitches and tennis courts.

The committee took aim at Defence Estates, the MoD’s property agency and the construction industry’s biggest client. It attacks the standard of accommodation for service personnel and said that the agency was employing 57% the QSs it needed to carry out its work.

This is the PAC’s second indictment of public sector clients in a week. A report published on Tuesday said the average PFI deal took almost three years to procure, and was “worse than four years ago”, because of the lack of expertise in government departments.

The report says upgrading officers’ accommodation could take 20 years because of the shortage of QSs and health and safety staff. More than 50,000 officers’ rooms and 19,000 family homes are in a substandard condition, but the agency only plans to upgrade 900 family houses a year.

The report says the MoD employs only 57% of the QSs and 56% of the safety works staff it needs, with 26 QS posts and 14 safety works posts unfilled.

It says: “The department is exposing itself and its employees to significant safety risks.”

The report also warns that the MoD is failing to achieve value for money from contractors.

Vice-admiral Tim Laurence, Defence Estates’ chief executive, told the committee in May: “It is difficult to get these people. They are very much in demand.”