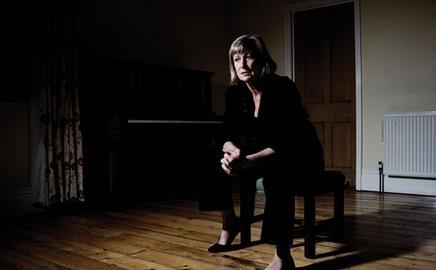 The Construction Confederation has gone bust owing its pension fund £20m. The trustees, including tax expert Liz Bridge (above), are now frantically trying to fill it before they retire

Like most people approaching their seventh decade, Liz Bridge was beginning to think about retirement and collecting her pension. She had worked as the Construction Confederation’s tax expert for 20 years and was expecting a sum large enough to provide her with a living for the next 20. That was until it emerged that the organisation had a £20m black hole where its pension fund ought to have been. Bridge says she is “seriously frightened”. “Your pension is part of the contract you sign with your employer; I’m devastated that it won’t be anything like the pension I was promised.”

She is not alone. Two weeks ago, about 500 people received a letter from the trustees of the CC’s pension scheme, informing them that the organisation had a deficit “in excess of £20m”, which was half the sum it needed to cover its obligations.

The five trustees, who include Bridge, are now embarking on a desperate attempt to find money to fill the shortfall. Their first hope is to secure a bailout from the Pension Protection Fund (PPF). This was set up to provide compensation to members of defined benefit schemes if a company became insolvent and did not have enough money in its pot to pay its pensioners. But help from here is far from certain: the confederation is an unincorporated body, so the first step is to apply to the courts to have it recognised as a company, and this is an unprecedented move.

Even if access to the PPF is granted, it will still leave some pensioners in the cold, and reduce the amount paid to others (see below). The trustees are hoping to supplement it by asking for a contribution from current and former member organisations of the confederation, such as the National Federation of Builders (NFB) and the Civil Engineering Contractors Association (CECA). They are also taking legal advice as to whether former officers of the confederation may be liable, including industry grandees such as James Wates and Malcolm McAlpine.

But it may not even stop there. If the trade bodies are liable, many lack the financial clout to cover the shortfall. Lawyers say this could lead to claims against their member bodies. Here, we look at how the debacle arose, and who stands to lose what.

Although the pension fund’s trustees were aware that a deficit existed, it is understood that none knew how large it was until February, when they were told that the confederation would be closing at the end of the year. In the letter to members of the pension scheme, the trustees said the confederation had “intimated” to them on a number of occasions “that it intended to pay something to the scheme”. The letter goes on: “It has now transpired that it is not going to do so. In fact, CC is insolvent and unable to meet its obligations.”

“We thought there might be assets we didn’t know of,” one trustee said. “We didn’t know where the money would come from, but the discussions were held in good faith and we did think it would come.”

It is common for pension schemes to have a deficit, though it is unusual for it to be so large. Elmer Doonan, partner in law firm Denton Wilde Sapte, who is advising the trustees, says that until just six years ago, actuaries were using out-of-date mortality tables that predicted men living until 70, rather than a more realistic 80. This has depleted funds that were set up to cater for people with shorter lifespans.

In August, the trustees held meetings with officials from the CC, the PPF and the Pensions Regulator to look for ways to plug the deficit. The PPF and the regulator are understood to have told the CC to make an offer that would settle the liability, but its officers did not come up with any proposal.

A source close to the matter said the problem with the deficit became acute because the confederation had assumed it would be in business indefinitely: it had planned to reduce the deficit to £10m over a period of 10-20 years.

The trustees hope to know by the end of November whether the CC will be classed as a company and be liquidated, which will allow it to apply to the PPF. A pensions expert described this as “extremely unusual”. “The PPF hasn’t been tested before as to whether it will cover an unincorporated organisation. This case will set a precedent,” he said.

If the PPF is not granted and the shortfall is not made up, it will be those members that have not yet started to claim their pensions who will be hardest hit, because priority is given to those already drawing money. There are about 350 people like this, and they could lose up to 70% of their entitlement.

Even if the PPF is granted, members of the scheme will still suffer a loss. Those who took their pension before April 1997 will not receive an annual increase as they do under the present scheme, while those who have yet to claim will only receive 90% of their pensions up to a cap of £30,000.

About 120 employees of the Home Builders Federation (HBF) could face even worse losses. The federation pulled out of the scheme in August 2005, which meant its members were placed in a separate account. As much as £3.6m of the £20m deficit is needed to cover these members, but that account will not be covered by the PPF because the HBF is not insolvent.

Members of this scheme are now dependent on a goodwill gesture from the HBF to plug the hole. “Their pension entitlement has been devastated,” one trustee said. “Firms in the HBF membership ought morally to be thinking about making a contribution, or their long-term employees will have seriously diminished pensions.”

Who will be asked to foot the bill?

Member organisations will be pursued to foot the bill, but how much they will be able to give is uncertain. In its most recent figures, the NFB, which is the largest organisation with 12,000 members, had a turnover of £3.8m. The body, which is in process of restructuring, is already struggling with its own financial problems and is due to close two offices.

Meanwhile, data from Experian shows CECA as having a net worth of just over £180,000, and the British Woodworking Federation is worth £135,000. This, lawyers say, means the claim could cascade down to these organisations’ members, depending on their constitutions. Doonan, the partner in Denton Wilde Sapte, said he has already asked the NFB for a copy of its constitution to check this point. This is particularly important because trustees may choose to save on legal costs by going for the NFB alone.

Individual CC officers, past and present, could also be investigated and claims made, if it is found they failed to take action to offset the deficit. Doonan says: “The trustees have obligations to the members. They can’t just ignore what’s happened, and it may be that they have to ask some hard questions.”

Meanwhile, Doonan said legal bills could amount to £1m. “They are a big concern,” he said. One source close to the proceedings criticised the trustees. He asked: “Why are they wasting money on lawyers instead of finding an equitable solution?” But Doonan defended the trustees’ actions: “They have at all times done their best,” he said. “They’ve been making their position clear for a long time.”

What is certainly clear is that, for Liz Bridge and the other scheme members, the next few months will be a frightening time. “It’s unprecedented,” she says, “I just don’t know whether to be hopeful or not.”

The cupboard is bare

“I was shocked by the size of it. I knew the fund was in trouble but the scale is even greater than I had feared. I knew there was something wrong, but I had no idea the deficit was so large. I don’t know who is to blame, but I do think member organisations should hold joint responsibility and they should be chased.

“I do feel let down. You place a level of trust in people that they are paying into a fund that is part of your salary agreement; you think they are protecting your interests. Now I’ve gone to the cupboard and found it’s bare. My employer has disappointed me and let me down.”

The Pension Protection Fund (PPF) was introduced by the Pensions Act 2004. It provides compensation to members of schemes where the employer has become insolvent and there are insufficient funds in the scheme to pay its members. It is partly funded by existing pension schemes.

The most common defined benefit pension scheme is the final salary scheme, which is what the Construction Confederation offered. Under these schemes, employee members are entitled to a certain level of benefit, depending upon their length of service and their salary when they retire.

A trustee is a person or company that holds assets for the beneficiaries of the pension scheme, and acts separately from the employer. The role of the trustee is to ensure that the pension scheme is run honestly and efficiently and in the best interests of the members. Among other duties, they have a responsibility to ensure the right benefits are paid out on time and the pension fund is properly invested.