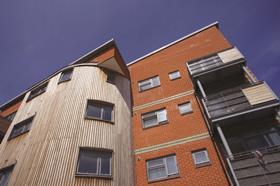 Housing associations have reacted with alarm to chancellor George Osborne’s decision to reduce social housing rents in this week’s Budget which they say could have a huge effect on their ability to develop new homes.

Laying out his “budget for working people,” which included an unexpected introduction of a compulsory “living wage” for all employees over the age of 25, Osborne said that rents paid by social housing tenants would reduce by 1% a year for the next four years.

According to Treasury documents, the move will wipe £4.28bn from the country’s housing benefit bill between now and 2021 – money which would otherwise have gone to housing associations and local authorities. The budget documents make clear that the moves will push rents down to 12% below the level they are currently predicted to be at by 2021.

The National Housing Federation (NHF) said the move meant that “at the very least” 27,000 fewer homes would be built, although the organisation didn’t say over what timeframe, and warned the impact could be much higher. Osborne said the move was needed as part of his drive to reduce the nation’s £30bn annual housing benefit bill, pointing out that social housing rents had risen by 20% in the three years from 2010/11.

The move is important because housing associations rely on their predicted rental  income in order to borrow money in the capital markets to finance new development. A large part of the reason social housing rents have increased in recent years is because of the impact of the previous coalition government’s “affordable rent” model for funding development which provided much reduced development grants to registered providers of social housing (RPs) on the basis rents would rise sharply for new tenants.

The move comes as RPs are already concerned about the impact of reduced capital grants, the sale of homes under the proposed extension of the Right to Buy policy, and the effects of the benefit cap on their future rental income.

Richard Jones, head of residential at EC Harris, said: “This will have a massive impact on the RPs, as their whole business model is predicated on the rental income they can expect. This potentially fundamentally changes the model.

“The ability of the likes of [housing association] L&Q to react speculatively to development opportunities – it’ll take that development capacity right out of the market, and people will be much more cautious.” Likewise Richard Donnell, research director of property data service Hometrack, said the move “would hit supply.”

David Orr, chief executive of the NHF, said: “A cut in rents over the next four years will …. massively constrain housing associations’ ability to meet the shared ambition of themselves and government to drive housing growth and new jobs. The right to buy for housing association tenants further compounds this.”

The move was part of a package of measures affecting the housing sector, many designed to boost home ownership. The chancellor also announced the phasing out of tax relief on interest payments of individual buy-to-let landlords, a move which experts said could double the cost of borrowing for individual landlords, forcing private sector rents up. However, EC Harris’s Jones said the move could be a boost to institutional private sector landlords, for whom rising rents could make returns more attractive. The package also included reducing support for mortgage payments for those on benefits.

Osborne’s measures in general looked to support working households, while sharply reducing support for people of working age not in employment.

Osborne had been expected to unveil further funding for Crossrail 2 in the Budget. One source told Building this was still expected to happen, despite the pledge not making it’s way into the Budget docuements.

While Osborne referred to his much-vaunted “Northern Powerhouse” project designed to rebalance the economy between north and south, there was little specific funding to support the concept. He was mocked by acting Labour leader Harriet Harman in her response to the Budget statement, who made reference to the recent decision to “pause” investment in electrification projects in the region, saying it was “a Northern Powerhouse where he’s pulled the major projects.”

Michael Dall, lead economist at construction data company Barbour ABI, said: “The Northern Powerhouse still remains just a concept at this stage rather than a credible policy with concrete projects.”