Some homes developed by Persimmon Homes and Bellway Homes have been found to have potentially serious fire safety issues, an investigation by BBC Watchdog Live has found.

According to the report the new-build homes have been sold with fire barriers – which prevent the spread of fire – that were either fitted incorrectly or missing altogether.

In some cases, it’s thought a lack of fire barriers contributed to the spread of fires that have destroyed homes. 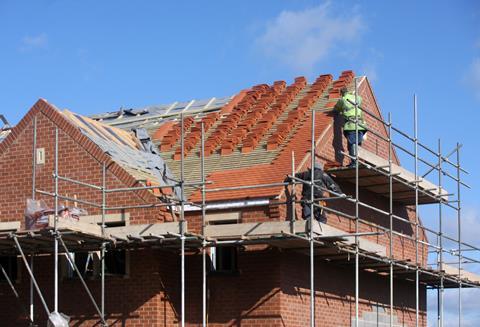 Persimmon and Bellway have both said they were working to tackle the issues, the BBC said.

Guaranteeing new homes are compliant with Building Regulations is the responsibility of the housebuilder.

The issue in Persimmon-built homes was revealed after a fire in April 2018 at its Greenacres development in Exeter.

An investigation following the fire found 37% of homes on the Greenacres estate were missing fire barriers.

This led to a wider inspection programme across the South-west region, which found, according to the BBC, some of these issues had not been addressed - and some homes are yet to be inspected.

Persimmon Homes confirmed it had written to 3,200 homeowners in the region and had set up a “dedicated team” to carry out inspections.

It said that 2,700 properties had been inspected, and remedial work had been carried out at 679 homes.

The company said sample checks were also being conducted nationwide.

In a statement to the BBC, Persimmon said: “If these inspections indicate that we need to inspect every timber frame property then we will do so.

“This should not have happened, and we would like to apologise to all affected homeowners and assure them that we are doing everything we can to rectify the issue swiftly.”

In 2015, there was a fire at a block of Bellway-built flats in Canterbury, Kent, was and spread through dozens of properties, destroying or damaging 45 of them. Subsequent inspections highlighted concerns over fire stopping in the wall cavities.

BBC Watchdog Live said it had sent its own surveyor to a Bellway development in West Lothian, to examine the fire protection at four houses. This was as a result of concerns raised by one resident whose house had previously been found to have inadequate fire barriers. Surveyor and expert witness Greig Adams, who carried out the testing, found incorrectly fitted fire barriers at all four properties.

Bellway Homes said it was “committed to improvement”.