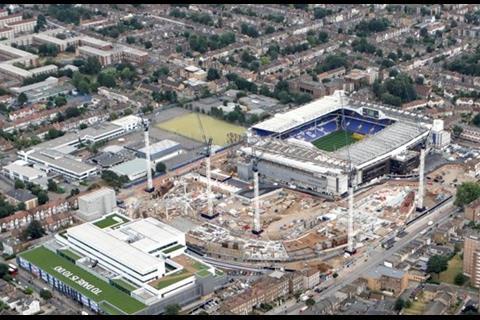 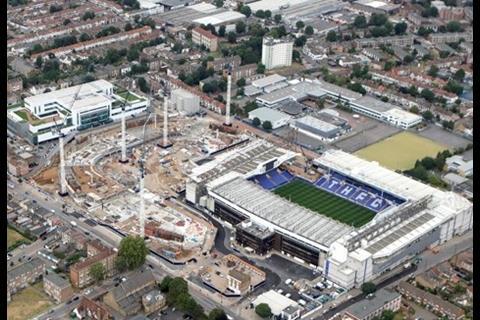 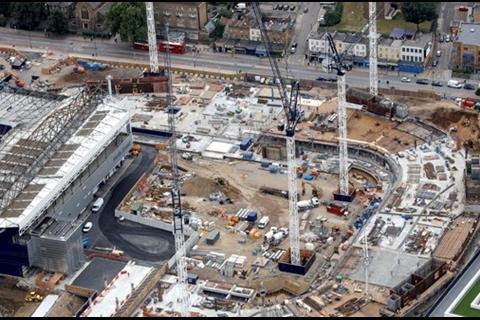 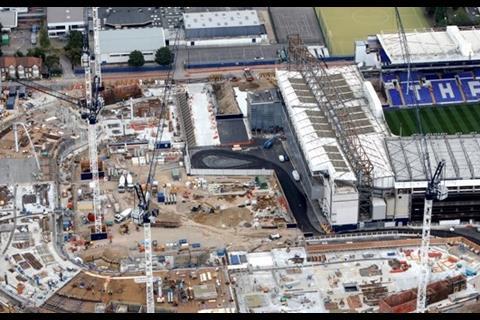 Tottenham Hotspur may have had a faltering start to its season on the pitch, but behind its White Hart Lane stadium construction manager Mace is racing ahead with building work on its £400m new ground.

Building has learned the football club bought the five cranes currently looming over White Hart Lane as it was unable to hire any.

The unlikely transfer has the added advantage of enabling the club to paint the cranes in Tottenham’s famous white and navy blue colours.

However, a rumour the club was planning to rename the cranes after Spurs legends has proved unfounded.

A Spurs spokesperson said: “No we will not be naming the cranes. They are just general numbers.”