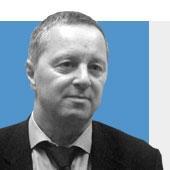 What it means for first time buyers, housebuilders and government coffers

The government is to raise stamp duty relief for first time buyers from £125,000 to £250,000. This is the reaction of industry analysts:

Simon Rubinsohn, chief economist, RICS
Measures to help boost the housing market are welcome and will benefit a significant number of buyers, removing 50% of transactions from the stamp duty system. Based on our assumptions about activity, RICS estimates that raising the initial stamp duty threshold will cost the Government around £750 million.

RICS believes that greater reform of stamp duty is still needed. The current slab structure, where a higher rate applies to the whole value of a transaction, should be replaced with a marginal system similar to income tax. This would smooth out distortions in the market and can be done on a revenue neutral basis. The Government should also consider reshaping the tax by introducing a new band for higher value properties.

Brian Green, Brickonomics blogger
Based on Council of Mortgage Lenders figures, the £250,000 threshold on first time buyers on current figures would mean just 9% of first time buyers would be paying the tax instead of 62%.

Meanwhile much of the money lost will be gained on the increase in SD on £1 million plus homes, this will raise about £250 million

Graham Kean, head of public at EC Harris:
The stamp duty holiday was very well received and so to is the announcement today of raising of the threshold to £250k - a popular measure, and if it helps to unlock stalled housebuilding schemes it could well be a price worth paying.

Ian Fletcher, director of policy, BPF
Greater relief from stamp duty will be a confidence boost to the housing market, helping to ensure the housing recovery does not stall. It will be of limited value to first-time buyers, however, who typically are having to find a deposit of £33,000 at present.

Raising the threshold will effectively knock 18 months off the 18 years it would take the typical 25 year-old to save a £33,000 deposit. Such a policy also helps highlight the unlevel treatment of individual and institutional investors in the private rented sector, this policy meaning the individual will not pay stamp duty on any investment under £250k, whereas an institution trading in portfolios might pay 4% stamp duty on small flats they are trading, because of the policy of aggregating transactions.

Government must act to stop this distortion.”

Brian Green, Brickonomics blogger
There is obvious glee within the housing market about the prospects of a two-year period free of stamp duty for first-time buyers who purchase properties worth less than £250,000. That is practically all of them, with significantly less than 10% of exceptions being mainly resident in London and the South East.

The Treasury prices the cost of this policy at under £300 million annually at worst. This figure will of course rest on the expectations built into the forecast models of how many homes within scope of the policy will actually be sold.

It must also be remembered that those eligible must fit the Revenue’s definition of a first-time buyer, which takes in only those who have never owned homes before. This differs from and is narrower than the definition used by lenders.

The Council of Mortgage Lenders, given the awkward differences of definition, suggests the Revenue might forego about £224 million as a result of the policy.

Meanwhile, to help claw back the costs, from 2011-12 those looking to trade homes worth more than £1 million will be obliged to pay 5% rather than the current 4% in stamp duty of the trade.

My quick calculation earlier was that this would raise about £250 million, which is what the CML seems to feel also. The Treasury puts the figure at £230 million.

Either way the policy looks to be broadly balanced in the short term. But while the Treasury gains a positive headline for speeding more first-time buyers to the front doors of their new home, it is not being hammered for effectively raising the level of stamp duty overall on house transactions in the long term. That is quite a neat trick.

There are likely to be some gripes about the policy of a sudden cut off at £250,000 with first time buyers paying no tax below the threshold and everyone paying3% above it. This may distort prices in some areas where there is significant bunching in prices around the £250,000 mark.

You have to hand it to the chancellor, this policy appears to have no real net cost over the medium term but a boost to future revenue streams attached. What’s more all the signs are that it will buy votes.