Stefanous put £10m into Doyle to help it through recession

Doyle Group chairman Stef Stefanou and brother put own money into business, but could not save it from adminstration 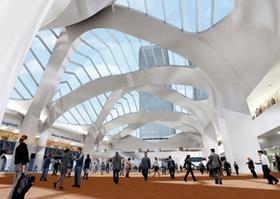 Doyle Group chairman Stef Stefanou and his fellow shareholder and brother Stelio are thought to have put £10m into the business in a bid to help it through the recession.

The news emerged in the wake of the collapse of the firm last week.

Administrator Deloitte was called in to the Doyle Group, which includes John Doyle Construction, fit-out contractor Ibex Interiors and plant division Blythewood, last Thursday, leading to the loss of 260 jobs.

As Building revealed this week, the collapse of the firm was triggered by a problem contract in the luxury residential development sector.

Building understands Ibex had run into difficulty on a luxury flat development in central London for an overseas client. It is understood that the contract was terminated.

Sources close to the business suggested that this was the immediate trigger for the group’s collapse, although the business had been struggling financially for the last two years as the recession hit the company’s core markets.

It is believed that shareholders chairman Stef Stefanou and his brother Stelio had put up to £10m into the business over the past two-and-a-half years in an effort to help it through the recession, although this has not been officially confirmed.

A process to sell Ibex was under way before the firm went into administration, but a deal was not forthcoming. Richard Hawes, joint administrator and partner in Deloitte’s restructuring services practice, said the administrator had sought to accelerate the sale of Ibex, but a buyer could not be found.

He confirmed that Ibex had run into difficulties on a particular project in the high-end residential sector, but would not comment further. He said both John Doyle Construction and Ibex had suffered “working capital strains” and had “struggled to get customers to pay on time”.

He said there had been no interest from buyers for John Doyle Construction and that the firm had been closed. He added that there would be a range of creditors, including subcontractors and employees, but said it was too early to put a figure on the amount owed.

However, it is understood that dozens of staff from the company have already received approaches from contractors and subcontractors offering them work.

The concrete specialist was working on a number of jobs including Birmingham’s New Street Station, two schools in Wandsworth for Lend Lease and the St James’ Gateway scheme
in Piccadilly.

It also had the frame contract for British Land’s £40m Marble Arch House project. It is understood that contract has now been taken on by JP Dunn.

Doyle Group’s last financial figures, for the first six months of 2011, indicated it was recovering after tough trading years in both 2009 and 2010, with a six-month turnover of £65m. At the time, Stefanou said the business had gained momentum and that it felt “like the beginning of the end of the recession”.

This week Stefanou said he could not make any comment on the detail of the administration but said: “I’m shocked and surprised that during this recession some of our traditional clients, instead of helping or being understanding, have abandoned us.”

Stefanou added that he would continue in his role as chairman of Constructionarium, the industry training centre.