Development set to complete by autumn 2022 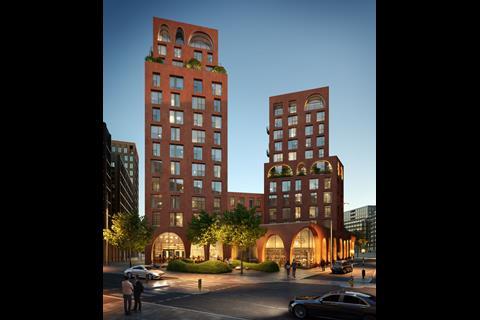 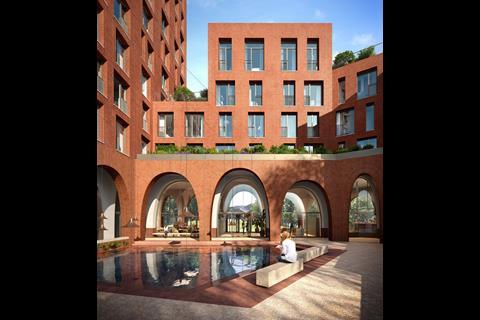 Courtyard with a tranquility water feature at Cadence, King's Cross 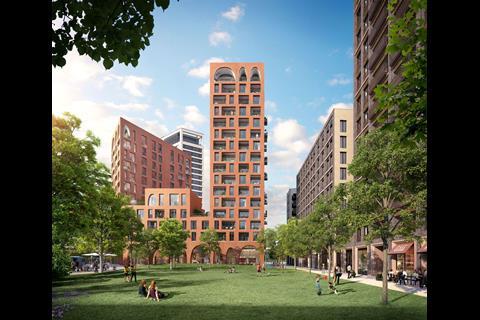 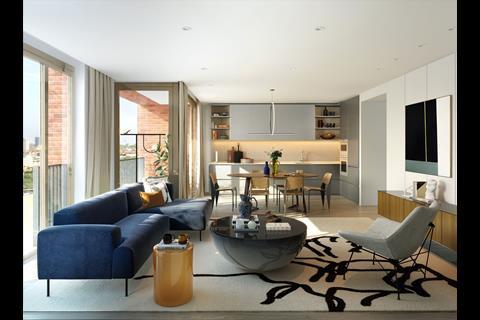 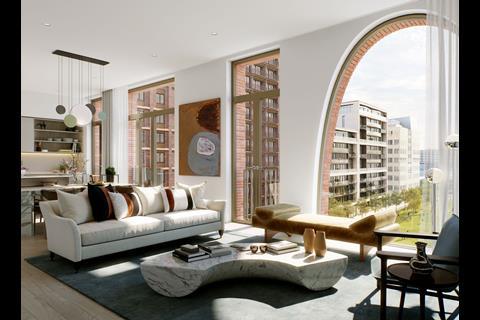 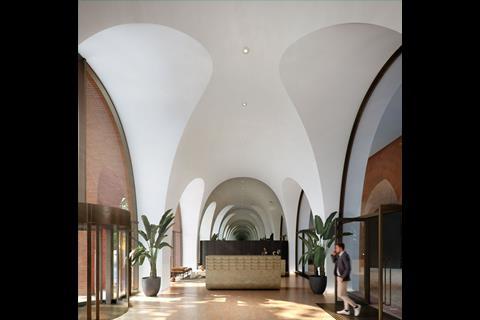 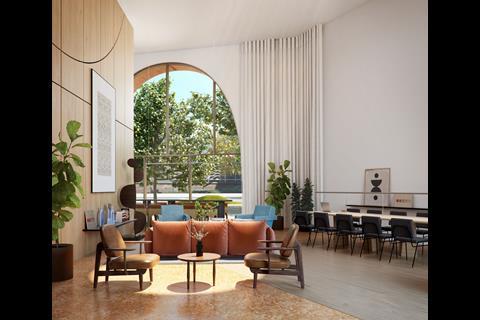 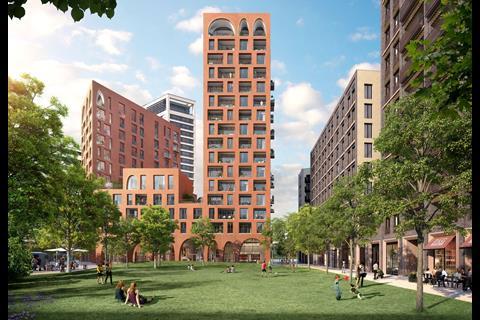 The Stirling Prize winner also designed the vaulted interiors, where materials include polished concrete, aged brass and dark oak. Conran & Partners is responsible for interior design, while Pocket Living will manage 60 of the flats.

Named Cadence, the 103-home development will fill a plot at the top of Lewis Cubitt Park, close to Thomas Heatherwick’s Coal Drops Yard.

This end of the park was home to a temporary swimming pool.

The towers will include panoramic corner apartments, floor-to-ceiling windows and private balconies.

Developer Argent said construction of the flats, which are a mix of studios and one- to three-beds, should be completed by autumn 2022.