Sunak to announce more than £1.5bn for cultural and sports projects

Funding to help build or upgrade up to 8,000 sports pitches in trailed pledges ahead of Wednesday’s spending review

The government is set to announce more than £1.5bn in new funding for cultural and sports projects at Wednesday’s spending review.

Chancellor Rishi Sunak will unveil £850m to restore and upgrade museums in England including the British Museum, Natural History Museum and the Victoria and Albert.

He is also expected to announce a further £700m to build or improve up to 8,000 sports pitches across the UK.

The announcements join a series of spending pledges trailed by the Treasury ahead of Wednesday’s budget, including nearly £2bn for housing on brownfield sites and around £1.5bn of new money for transport projects.

The government said funding for cultural hotspots will help museums, galleries and other visitor attractions redevelop and refurbish their sites over the next three years so the UK can retain its position as one of the world’s top tourist destinations. 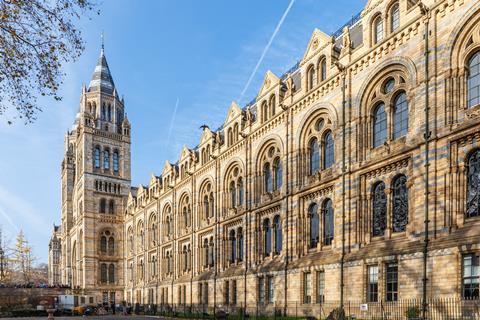 The V&A, Tate Liverpool and the Imperial War Museum in Duxford, near Cambridge, will each get a share of a £300m fund, with York’s National Railway Museum also receiving redevelopment funding.

The Natural History Museum will get £125m to help build its new scientific research centre in Oxfordshire, where some 27 million objects, more than a third of the museum’s collection, will be housed when the facility is completed in 2026.

And the British Library’s site in Yorkshire is set to receive more than £77m, while over £75m will be given to 110 regional museums and libraries to improve their buildings and digital facilities.

The funding for sports clubs will also be used for a range of projects including new clubhouses and community buildings, the Treasury said, with the money also being used to build or refurbish up to 300 youth clubs in deprived areas.

Sunak said: “We’re backing the next generation of Ward-Prowses and Raducanus, not just sporting stars, but inspiring young leaders.

“This funding will level up access to sport and social clubs for youngsters ensuring they can get together and play the games they love most.”

The funding for brownfield housing projects includes £9m to build small ‘pocket parks’ about the size of a tennis court in urban areas across the UK.

Last week, the government unveiled £440m in new funding for green construction projects as part of its net zero strategy.

The money will go towards two new carbon capture clusters for the production of hydrogen in North-east England and on the border of Merseyside and North Wales.