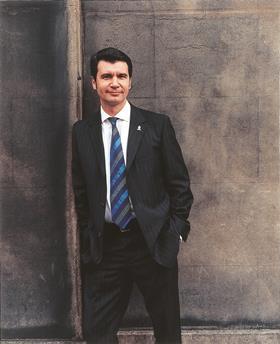 The chief executive of the UK Green Building Council is to step down from his post to take a new role as head of sustainability at Lend Lease.

Paul King will leave the UK Green Building Council (UKGBC) in early 2015 to take the role of managing director of sustainability at Lend Lease’s European business.

UKGBC said it would shortly begin a search for a new chief executive.

King said: “It is a huge privilege to lead such a dedicated UK-GBC team. Over the last seven years the organisation has grown from 30 founder member companies to over 400 today, spanning the entire construction and property value chain, as sustainability has moved from the fringes to the mainstream.

UKGBC chairman Andrew Gould said: “UKGBC has established a place at the cutting edge of the debate on sustainability and has earned respect as a strong, independent, thoughtful and reliable voice.”
“Paul’s vision, commitment and sheer energy has made all this possible - we could not have had a better CEO in that start-up period.”