Sustainability: Reasons to be cheerful 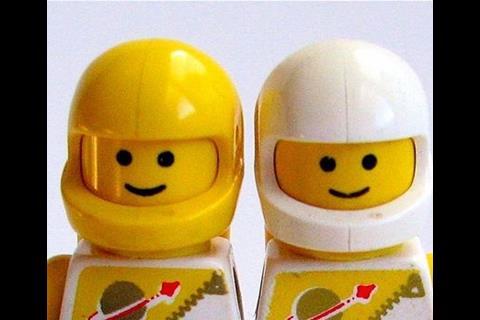 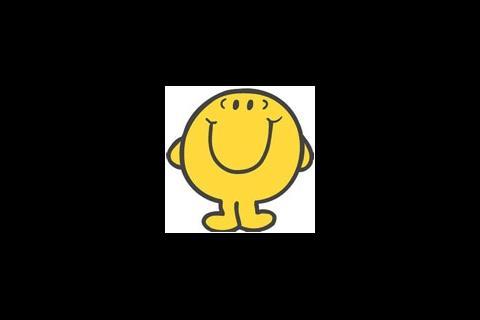 A week after the financial markets took the kind of roller coaster ride that would have serious minimum height restrictions in your average amusement park, those of us concerned with sustainability might be fearing the worst. Indeed the Corporate Leaders on Climate Change a letter from the Prince of Wales’ wrote a letter to the prime minister asking for “deep and rapid cuts” in greenhouse gas emissions despite the downturn.

“It’s easy for the government to forget about these issues during an economic crisis,” Richard Johns of engineer, Faber Maunsell, one of the signatories to the letter told Building. “But it’s important that we stand behind decisions to prevent dangerous climate change.” He's in the minority. Discussion with industry figures reveals a remarkable degree of upbeat thinking about the fate of sustainability in the current economic maelstrom. I asked senior sustainability experts within construction:

Won’t councils, fearful of development grinding to a halt, begin to allow for a reduction of sustainability requirements?I asked. Are required sustainability elements adding so much to cost that they wipe out profit margins? One would think the lack of available funds from banks will impact higher-end developments; the rising price of risk for will impede experimental onsite schemes; that bargain basement economics would cause ethically sourced materials to be scrapped?

Again and again I was told that sustainability was so embedded, so much a part of construction, that it would not be affected by a downturn. Perhaps there simply isn’t enough new building. The projects underway are struggling to properly allocate risk while they seek funding. House building has all but ground to a halt - housing starts are at a post-war low. The National Housing Federation (NHF) recently claimed that the Government would be at least nine years behind its targets. No one would start a commercial development right now. Mixed use is looking as wobbly as the numbers on the high street. Only state sponsored building – driven by low land prices – is continuing unabated.

I asked Paul Toyne, Bovis Lend Lease whether sustainable construction was ‘over.’ He replied: “This phase of construction is not at an end. The projects that have been started are in the middle.”

In other words, we might have to wait for the resi and commercial markets to pick up again before we know whether ‘green building’ has fallen on the agenda. In the meantime, contacts have offered me five reasons to be cheerful that the sustainability project will be picked up when the storm has passed …

The number one reason that most in industry are so optimistic is the continued march of legislation, most notably the Code for Sustainable Homes which dictates that homes must be ‘zero carbon’ by 2016. Schools are to follow suit. BREEAM 2008 is wowing industry with its sharp focus on energy management and many planning departments require it. As Code levels rise, the building regs scoop up the rear. Part L 2010 will start consulting in November. The Government has been praised for its tough line on this almost as much as it has been blamed for letting the energy companies off the hook. But in fact it is merely following European law in the form of the European Performance of Buildings Directive or EPBD.

The UK government’s relatively sure-footed implementation of the Code has sent a clear signal to industry about the directions things are going in. There may be quibbling about the relative merits of air tightness vs. breathability, onsite vs., offsite renewable generation, hell, even the definition of ‘zero carbon’ itself, but the general progression itself is quite clear. As Helen Taylor from Environ pointed out the other week, EPCs, BREEAM and the Code are all modelled on the same principles and the same software – SBEM.

Aside from carbon management, the Code itself is a litany of sustainable construction best practice materials and social considerations. The direction is clear. Moreover, of course, the Code for Sustainable Buildings (non-domestic) is currently being discussed under UK-GBC’s auspices. By 2019 – just three years after homes – all projects will have to meet similar kinds of targets as houses. BREEAM shows the direction this will be moving in. It’s the same as the Code: energy efficiency and insulation to reduce demand and onsite renewables to reduce the carbon load required to heat / cool the rest of the building.

While business likes to complain about legislation – and expect a rearguard reaction to CSH Levels 5 and 6 soon – it at least provides a secure framework for investment and a level playing field. The introduction of the Carbon Reduction Commitment (CRC) a carbon trading system for larger companies (who are NOT taking part in the Europe-wise Emissions Trading Scheme (ETS) in 2010 will only continue the drive toward energy efficiency.

Despite the fact that a recent Knight Frank survey found that energy performance had fallen to the bottom of tenants’ requirements for a central London space, architects and others maintain that the development of a green building still provides a key differentiator when it comes to selling it to tenants. Any kind of competitive advantage will help developers in a soft as well as a firm market.

This is something that developers for which are happy paying a small premium on build costs on rather than risking having a property lie empty. For the reasons above and for their Corporate Social Responsibility (CSR) requirements – the hectoring, vegetarian cousin of marketing – blue chip companies know better than to specify or let a crummy environmental building. Graduates ask for nothing less.

Dave Cheshire, Faber Maunsell, says that tenants are now being offered all sorts of properties within walking distance of the Tube. Developers and agents will need to be able to offer sustainability features in order to get a look in. For those familiar with the book ‘Zen and the Art of Motorcycle Maintenance’ it is possible to see a way in which sustainability extends beyond its environmental origins to take on the attributes of ‘quality’ itself. Perhaps we are simply moving from an era of shoddy, unmeasured building [back?] to a time of insulated, quality, prideful workmanship.

Almost all big organisations in the property and construction industry has their own sustainability champion, bought on to get their house in order, is a huge change from before. While there is clearly a marketing aspect to these folk’s roles – they are certainly ‘on message.' Clearly having someone on board who speaks the language and knows how to create policy is a huge improvement on total ignorance.

I recently called Jane Thornback, sustainability champion at the Construction Products Association to try and find out why Environmental Product Declarations (EPDs) had been taken out of the Strategy for Sustainable Construction Strategy. I’d just called for a chat, but she assumed that I was accusing the construction folks of spiking this measure; “People assume that industry is bad, NGOs are good,” she said. But it’s Government who are slapdash, according to her. She talked of a meeting with a civil servant a while ago who whispered to her of some initiative or another: "Of course, we are not going to do this really, are we?" She said: "I was quite shocked! My brief is environmental advance and that's what I try to achieve." They mean what they say, she maintains.

Another, Andrew Kinsey at Bovis Lend Lease, says it is part of a step change about how sustainability is regarded within firms over the last few years thanks to having a voice on the inside.. “Ten years ago it was something that was very much tacked onto health and safety,” he says. “Now it is on an equal footing and an important aspect in its own right. The level of awareness with clients and among the supply chain has been raised.”

From a base situation - where Greenpeace was pushing suppliers to sign up to a Forestry Stewardship Council timber policy – through concrete firm contractors going through the process of emissions certification, Kinsey says more and more suppliers are on board as time goes on. “It becomes easier to have these conversations,” he says.

Is the stuff that has been scrapped any good anyway? “It’s a mistake to say that people suddenly don’t want to spend money on sustainability,” says Aleksandra Krstanovic at Faber Maunsell. “People never liked spending too much money."

But the things that people are cutting back on are the so called ‘add ons’ or ‘eco-bling.’ This is happening at the same time as sustainability is becoming a more embedded part of the construction process. I’m sure I’m not the only one who rolls his eyes when he reads about how some development has a single, metered wind turbine on the top. That symbolic approach to the environment might be OK for Blue Peter, but it’s seriously grating for those in industry trying to solve serious problems.

Jerry Percy from Gleeds, welcomes the change as a Darwinian shift in approach. Only the strongest, most viable technologies will survive the tightening of belts. A lot of the silly stuff will disappear, he suggests. And the death of piddling, expensive on-site technologies forces industry to focus on what really matters – build quality, air tightness, thermal bridging and skills.

And not everything sustainable costs money, anyway. A recent survey about Site Waste Management Plans conducted by SECBE, found that many respondents saved money after instituting a management plan.

In his ‘Cost Analysis of the Code for Sustainable Homes, Adam MacTavish, director of cost consultants, Cyril Sweett, says that the cost of compliance with the Code will fall by between 16 and 25% depending on the level achieved. In person, he is sterner, suggesting that unless various Code requirements are ‘productised’, then achievement would be impossible. But he’s reckoning on the sort of curve as was established by Moore’s Law, where innovation drives change at a great speed.

Two different arguments can be found to support this.

For one, German feed-in tariffs have driven an incredible take up of solar PV in the country which leads the world despite the bad weather, but have also caused the price of the technology to spike higher, pricing it out of the market. Costs everything from silicon to installing offshore wind turbines to biomass boilers have all been driven up due to mass take up of renewable technologies all at once. Over time, this can only fall.

Secondly, research into alternative technology is where the money is in both old world and new. Last year $3.6bn (£1.94bn) was invested in green technology in the US by the same sort of entrepreneurs who put their cash into the dot-com revolution. From bioethanol from agri-waste to hydrogen cells small enough to power a laptop, change is afoot. 'The whole transformation is inevitable. We are in the same place in solar energy now as the car industry was in 1901, John Langdon of Austin-based solar energy firm, HelioVolt, told the Guardian in June.

Where the US goes, the developing world will follow. Contrary to popular belief (or excuses) both China and India have their own forms of energy efficiency or decarbonisation programmes under way. China, particularly, can be relied upon not only to help improve efficiencies of scale into the system, but also to develop versions of renewable technology that can compete with the West; last year, it spent £6 billion on renewable energy projects, just less than Germany, the world leader. This year, the Communist Party vowed to improve things with the appointment of an environment minister at the most senior level.

From a business perspective, Urumq, Chinai-based Goldwind, the world's largest wind turbine maker, has seen 100 per cent growth in each of the past eight years and the country is also world’s largest manufacturer of solar panels.

Perhaps there really are reasons to be cheerful.