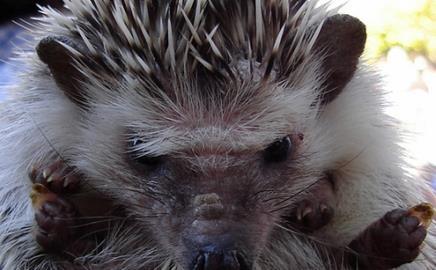 The chairman of the Buildings Regulations Advisory Committee (BRAC) has warned that sustainable building is going into hibernation.

Michael Finn of property consultancy, Vail Williams, said: “In the good times a lot of money was being made and people were prepared to see a few more risk. But we won’t see that for a few years. The profits aren’t there and people are going to be more cautious.”

He added that it was likely that developers would revert to building types which were more tried and tested in attracting tenants, such as those cooled with traditional air conditioning. However, he said that it was crucial that industry kept up the pressure to move towards a more sustainable built environment.

“Developers need to challenge tenants and occupiers to take more sealed buildings or those without air conditioning.”

But Jerry Percy, head of sustainability at Gleeds, the cost consultant, said Finn's view of 'profit' was limiting.

"Anyone who doesn't consider lifecycle costs is only getting half the picture," he said. "Engineers reverting back to traditional technologies and designs risk getting a less effecient solution than those being innovative."

The profits aren’t there and people are going to be more cautious.

In the current market: "anyone spending money - their own, shareholders' or taxpayers money - should spend it wisely. I would question whether anyone who spends without taking into account the total costs is spending it prudently."

Previously a building surveyor, Finn was involved in developing a scheme for the first naturally ventilated property in the Caribbean. The project was cancelled as a result of the 2001 attacks on the Twin Towers. He recently joined Vail Williams to develop its building consultancy arm after 22 years at Drivers Jonas.

His term as head of BRAC, which advises the government on the adoption on the making of new minimum construction requirements, including Part L, was recently extended by three years, meaning he would be serving ten years on the committee.

Meanwhile, three new appointments have been made out of BRAC’s 15: Stephen Wielebski, divisional development director of Miller Homes and Self-employed construction industry consultant, Alan Crane both of whom have been 40 years in construction.

BRAC is a statutory committee, meaning the government has to take its advice into account. The committee is currently carrying out a full review of Part L for 2010.