Part L: Arguing over the details 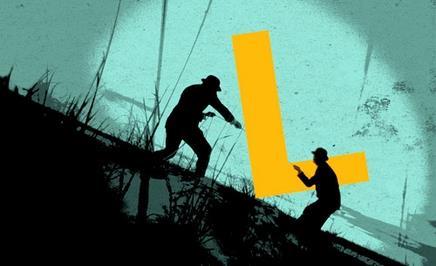 After four years of robust testing of the Part E acoustic regulations, Robust Details Limited is ready to extend its pattern book approach to Part L. But some specifiers still see it as an expensive, unfocused and unproven means of compliance. Here, we get both sides to fight it out…

The Robust Details scheme was launched in 2004 as an alternative to pre-completion testing for sound resistance. The idea was that Robust Details Limited (RDL) would assess and approve standard construction details that exceeded the requirements of Part E of the Building Regulations, thereby making sound testing unnecessary. The government recently carried out a review of the scheme, which revealed compliance rates of over 97% with very good levels of performance.

The communities department’s recently launched consultation paper asks whether this pattern book approach should be extended to other regulations, specifically Part L. The answer has to be yes. It adds another layer of expert assessment and monitoring, freeing up building control officers’ time. RDL approves new patterns, using field tests on real sites to monitor their effectiveness. This entirely practical approach is shown to work and doesn’t suffer the “theory gap” that bedevils many other technical standards. It is important not to confuse the RDL scheme with the Part L pattern book published with the 2002 version of Part L, which is not published by RDL and, most importantly, is not drawn from tests and inspections on a representative sample of “real” housebuilding.

Critics say that the issues surrounding Part L are more complex than Part E. As far as the underlying science is concerned, this isn’t so – the principles of heat loss and the means by which it can be measured are much more straightforward than acoustics. Although it is true that the number of “patterns” for elements of the external envelope is greater than the options for separating walls and floors, this is a problem only in that it points to the need for a bigger pattern book.

Built into the Part E scheme is a feedback and improvement loop, ensuring that everyone learns quickly from mistakes, errors or construction inaccuracies. Patterns are updated and amended (or even deleted) and, in most cases, improve over time.

This also informs revisions to the regulations. RDL has many thousands of sound test results on housing built since 2004. The next review of Part E will be informed by this bedrock of reliable data, in the full knowledge that the solutions will be buildable. Previous reviews of Part L have not been informed by such high quality as-built test data but could be in the future.

For the next step-change in the regulation of energy performance, we will need something like an RDL system for Part L. Not only to assist builders and building control bodies to meet regulatory targets, but to give customers full confidence that their new home does “exactly what it says on the tin”.

The communities department’s consultation needs to take a long hard look at whether Robust Details are a good thing. The two schemes currently in existence – RDL’s Part E acoustic details and the pattern book contained in the 2002 version of Part L – both have their weak points, even if the RDL version is more hands-on and actively circulates the information.

There are several key problems with these schemes:

• They lack clarity. Right from the launch of the schemes criticism was levelled at the quality of the details. They focus on one narrow area and, because the designer cannot see related and important issues, this can lead to problems unless very carefully interpreted.

• It’s specification by government decree. Specifiers protect their right to specify according to their independent professional opinion. Robust Details feature products that have to pass a testing procedure and are added to the official documentation, which is nothing short of government endorsement of manufacturers’ products.

• They’re expensive. Every time a housebuilder uses a detail approved by RDL it has to pay a fee. The cost to the specifier is not insignificant, with many small firms already struggling with the huge cost of third-party references needed just for Building Regulations. Having to pay out for this as well is just too much.

• You’re still liable. Another shortcoming of the scheme is that having adopted the Robust Details approach, the design and construction team are still liable if for any reason the built solution is tested independently and found to be non-compliant. So even undertaking the prescribed process is no guarantee of complete success.

• There is scant evidence to suggest that Robust Details either help or promote better compliance. RDL claims a 97% success rate but it tests less than 4% of completed homes. To identify real trends it should test at least 10%. Currently the sanctions against failures are not tough enough.

This approach could have a set of simple performance criteria that can be interpreted on site and a checking process that ensures the quality that building users deserve. The information needed for designers to achieve this should be available as a free download. The way ahead needs to be focused on sustainable buildings produced safely and efficiently, that will give a good return on the resources that society has invested.